KFSN
By Sara Sandrik
MERCED, Calif. (KFSN) -- The Merced Irrigation has announced it plans to start making water available to its 2,200 growers on March 1, which is the earliest possible option.

Pete Bandoni grows about 200 acres of almonds on this property just east of Merced, which his father first purchased back in the 1950s. He's concerned about the dry conditions as his trees begin to bloom.

Bandoni says, "That's sort of worrisome. Of course, we have some water stored, thank God, and hopefully, we'll have a 'Miracle March,' but we need more water, that's for sure."

Bandoni says he just placed an order for water from the Merced Irrigation District to avoid pumping from the ground as much as possible. MID owns and operates Lake McClure and plans to begin diverting water into its canals for customers to use starting March 1.

General Manager John Sweigard says, "We have some decent storage this time of year, but absent any further snowpack or rainfall, we're probably going to come close to taking the reservoir down to the minimum pool to meet our growers' needs."

Sweigard says the MID Board is now considering raising rates from $40 per acre-foot to somewhere in the $60 range. Officials cite the increased price of materials, construction, and other services plus costs associated with protecting the district's water rights.

MID has a pending lawsuit against the State Water Resources Control Board, which wants to divert up to half the water flowing down the Merced River away from Lake McClure and send it north into the Bay Delta. Supporters say it's a necessary step to protect the state's ecosystems and environment, but critics argue it could be catastrophic for local growers.

Sweigard adds, "If the state has their way and they take the water supply that they want from us, even with the very wet year we had last year, we would probably be looking at zero water supply for our growers this year."

The MID Board will meet on March 9 to consider adopting its budget for the next fiscal year. Until then, the water rate will remain the same as last season at 40 dollars per acre-foot.
Report a correction or typo
Related topics:
businessmercedwaterbusiness
Copyright © 2021 KFSN-TV. All Rights Reserved.
BUSINESS 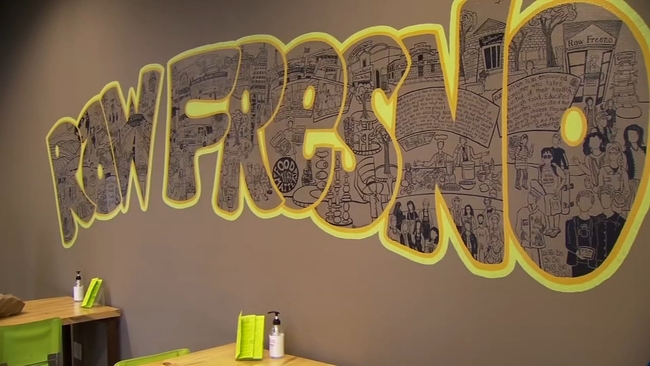 Would you believe these floral arrangements are made from paper?