Jessie Sanchez is safe and has been reunited with her family.
KFSN
By Corin Hoggard and ABC30.Com Staff 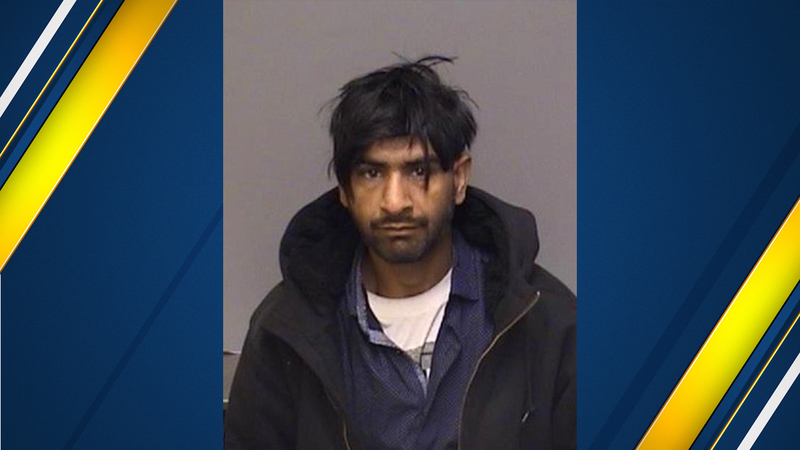 MERCED, Calif. (KFSN) -- Police in Chowchilla and Merced teamed up to catch the man suspected of stealing a car Monday night with a three-year-old girl inside.

"The mother chased after the car yelling and screaming and trying to get the car to stop," said Capt. Jay Struble of the Merced Police Department.

Police booked the suspect late Tuesday morning on charges including kidnapping and carjacking. He's in the Merced County Jail now, but Merced was not originally on his itinerary at all.

The stolen vehicle call Merced police got started with a Toyota whose owner left the keys behind.

But it took a dramatic turn because of what else she left in the car.

"This is no common stolen vehicle," said Capt. Struble. "There's a 3-year-old infant child in the vehicle."

Police found the girl, Jessie Sanchez, abandoned in the car at a Chowchilla gas station soon after they issued an Amber Alert.

By that time, she'd been alone in the car for more than an hour.

Paramedics checked her out and police say she got home unharmed and with some candy waiting for her.

It wasn't until Tuesday morning that they found 34-year-old Hardev Singh not far away from the same Chevron.

"Upon questioning Mr. Singh, he confessed to the entire incident," said Capt. Struble. "During the interview with Mr. Singh, he gave us specific details relating to what had occurred with the vehicle."

Singh told police he was on his way from Richmond to Fresno, where he's due in court next week as he prepares for a DUI trial.

Investigators say he had a fight with his driver, though, so he got left in Merced and decided to steal a car to finish the trip.