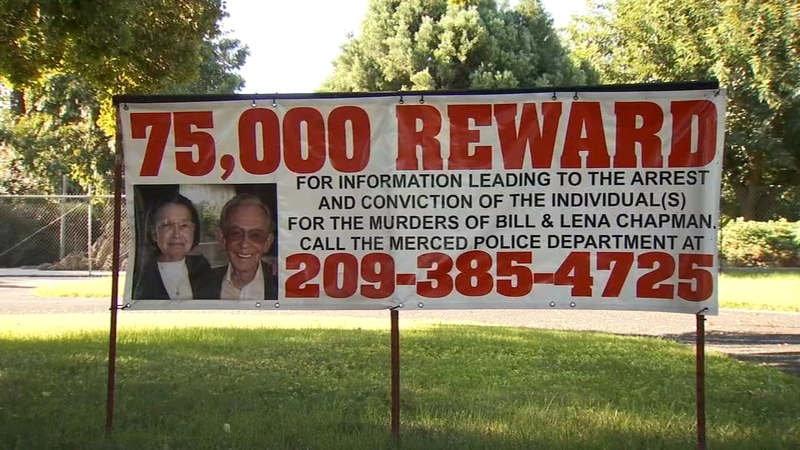 MERCED, Calif. (KFSN) -- A sign sits on the property where Bill and Lena Chapman were murdered.

For 14 years, the family of the Merced couple has waited for answers.

Now, police detectives are looking into new technology that could bring some new leads.

Merced Police investigators are looking into sending evidence collected at the scene to a private lab that could produce more answers than their usual process.

Police say the Chapmans were killed in their home along Bear Creek in 2006, and the suspects then set the house on fire.

It was the home they lived in for decades, making memories with their children and grandchildren.

Karen Bohrer, one of the Chapman children, still visits the site.

"I go here all the time because I water the trees. That's where I feel closest to them," she says.

She says over the years, at least half a dozen detectives have worked the case.

And many leads have surfaced but none have solved the murders.

The family would often hold vigils for their parents, while posting fliers asking for help in finding a suspect.

There's currently a $75,000 dollar reward for anyone with information that leads to an arrest.

But the family isn't giving up and remains hopeful they'll one day get justice.

Police say they remain in contact with the Chapman family and spoke to them last week about the private labs.