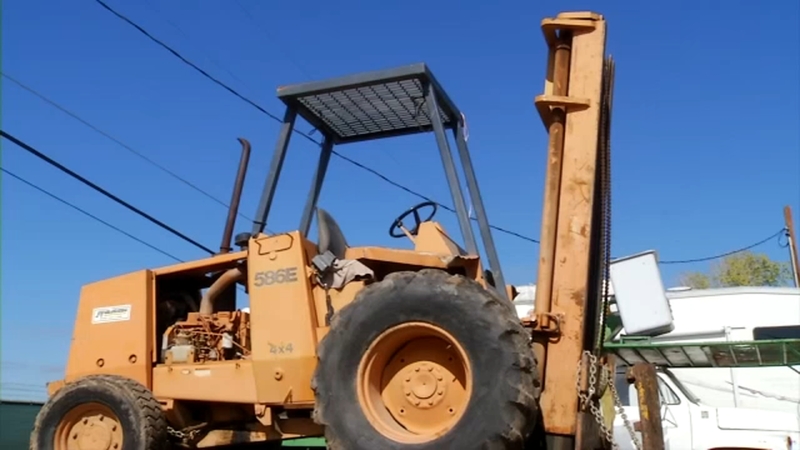 Detectives found a stolen dump truck valued at more than $100,000, along with a flatbed trailer, a forklift, an air compressor and several catalytic converters.

Police say the stolen property is valued at over 200 thousand dollars.

The owner of the business, Carl Means, was arrested for his alleged role.

Means is also facing similar allegations from a case that began in February of this year. He's charged with 17 counts, including owning a chop shop and receiving stolen vehicles, trailers and equipment. He pleaded not guilty and has another court date in November.

Police are now investigating who else may be involved in the latest crimes.

"We believe it is multiple people that are coming down to Fat Cat Recycling at least and bringing the stolen property to that business," Lupian said.

Authorities say they've seen a spike in catalytic converters in the last two years, not only in the Central Valley but also in Southern and northern California.

Merced police say they are extremely valuable. They believe Means could buy the catalytic converters for $300-$400 but then get up to $1500 worth of product from them.

"Most of the time, people get the idea that catalytic converters are to be cut off and placed on the suspect's vehicle or other vehicles, but that's not the case," Lupian said. "They are used to extract the metal shavings from them, the metal shavings are sold to other recyclers and these recyclers get a large sum of money for them."

We reached out to Carl Means and his attorney but have not received a response.

Meanwhile, detectives are working to identify the owners of the stolen trailer and forklift.