On Friday, detectives identified the suspect accused of the deadly shooting as 19-year-old Jonathan Xavier Dorado of Los Banos.
KFSN 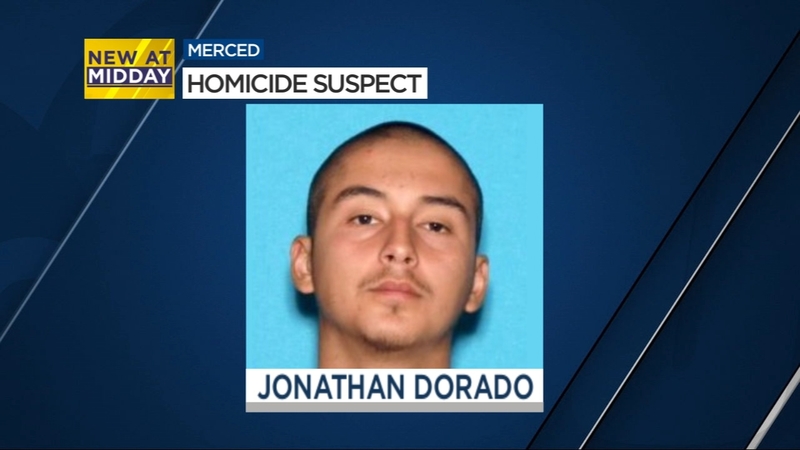 FRESNO, Calif. (KFSN) -- Merced police are searching for a suspect in the fatal shooting of a 19-year-old pregnant woman.

The shooting happened on April 18 on Conestoga Drive near Olive Avenue.

Lopez and the baby did not survive. The man was taken to a local hospital with life-threatening injuries.

A North Valley mother is desperate for answers after her pregnant daughter was shot on Sunday night in Merced.

On Friday, detectives identified the suspect accused of the deadly shooting as 19-year-old Jonathan Xavier Dorado of Los Banos.

Investigators have issued a warrant for his arrest. They're asking anyone with information on Dorado's whereabouts to call 209-388-7712.

Action News spoke to Lopez's family following the shooting. They said Lopez was eight months pregnant with a little girl, and both victims were from Los Banos but were staying in Merced that weekend.

Police have not released a motive for the attack.