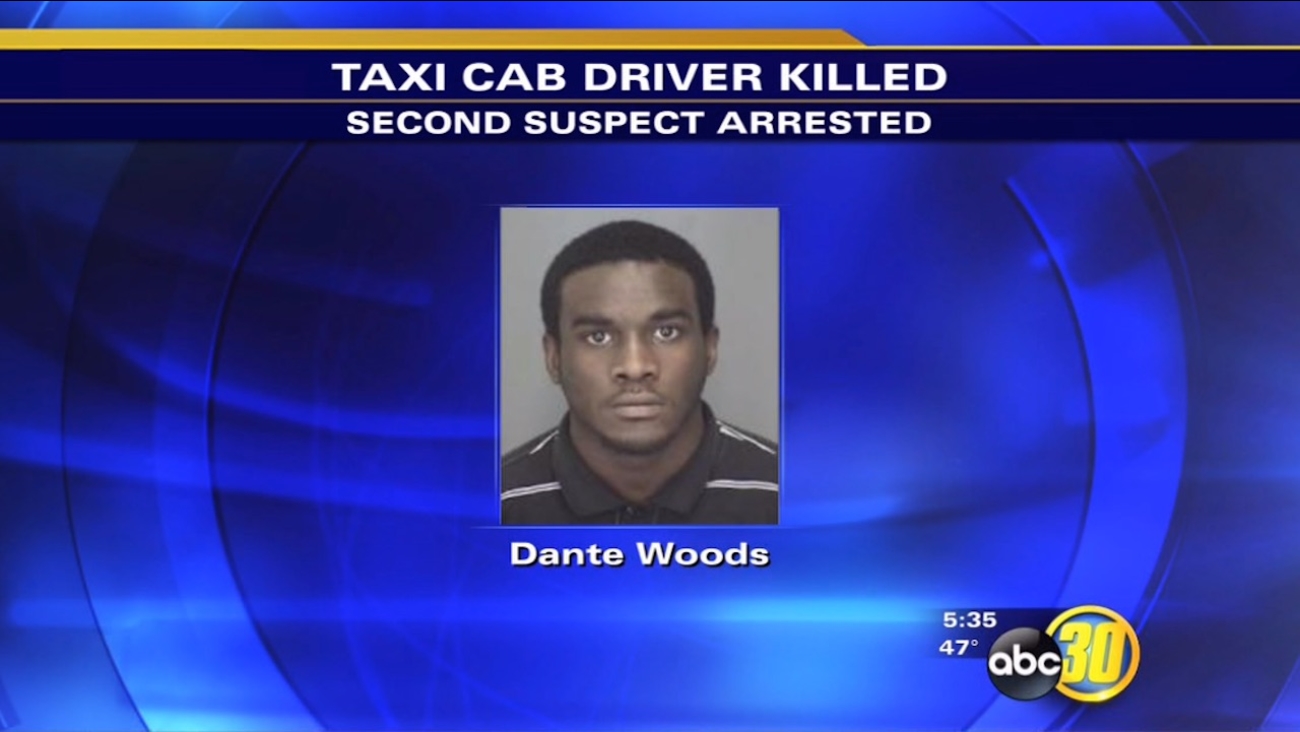 Dante Woods, 20, admitted to being in the taxi on January 5th when Dean Barker was shot, police said.

FRESNO, Calif. -- A second suspect has been arrested in the shooting death of a well-known taxi driver in Merced.

Dante Woods, 20, was interviewed by detectives on Tuesday. They say he admitted to being in the taxi on January 5th when Dean Barker was shot. However, they say woods claims he did not pull the trigger.

The first suspect arrested in the case, 18-year-old Joseph Castrillo, made his first court appearance over a video monitor from jail yesterday. He is accused of killing Barker during an attempted robbery.