Merced teacher back home after months-long battle with COVID-19 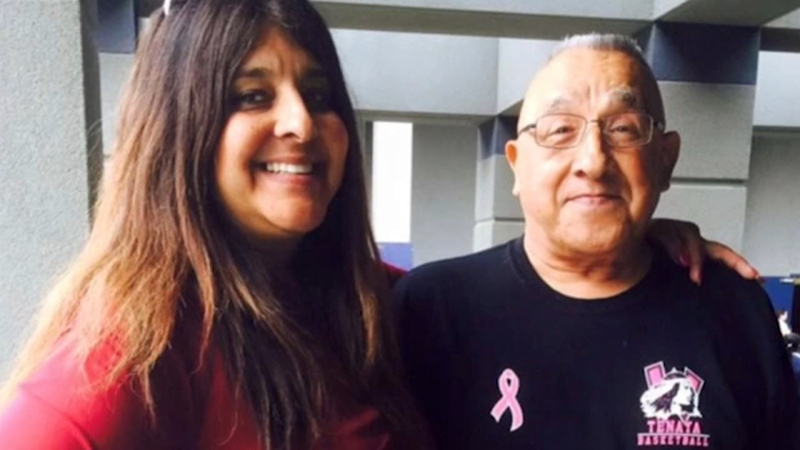 Merced teacher back home after battle with COVID-19

MERCED, Calif. (KFSN) -- When Michelle Delgado brought her 79-year-old father, Frank, to CRMC with severe COVID symptoms back in February, she had no idea she would be back just days later suffering from the virus herself.

"When I drove her down here, I thought it was the last time I got to drive her anywhere," says her son, Ricky Delgado-Martinez.

It wasn't long before her condition took a turn for the worse, wreaking havoc on her lungs and landing Michelle in the ICU.

The father-daughter duo, once side by side as school teachers, supporting each other again.

"I really did feel the comfort even though I could not see him," she said. "Knowing he was next door was like, I got my dad right there."

After a weeks-long struggle, Frank passed away. It was a loss that could have defeated Michelle.

"I believe he gave me what energy he had left to keep battling, so I have to keep going," she said.

"We were lucky enough to have enough staff and enough machines to do this kind of therapy," says Dr. Mohamed Fayed with UCSF Fresno.

After countless hours of therapy, Michelle's family is overjoyed to bring her home, though the absence of her father is weighing heavy on their hearts.

"We were just thick," she said. "I am going home to have tacos and he won't be there."

Michelle has healing left to do before returning to the classroom but she's still reminded by her father to stay strong.