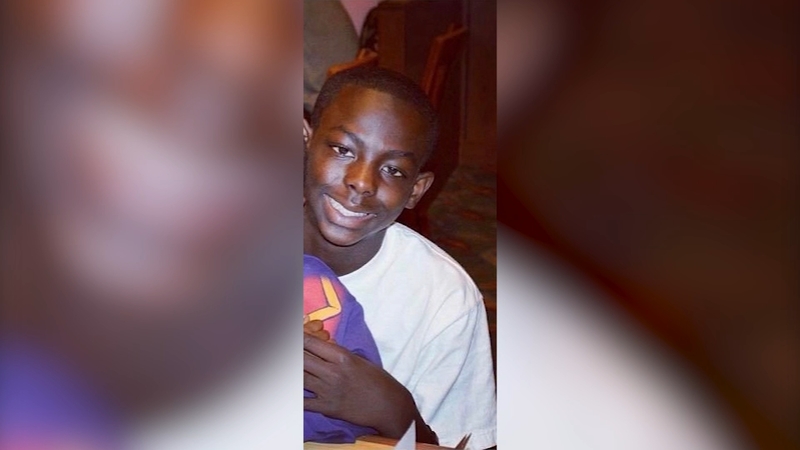 FRESNO, Calif. (KFSN) -- Juanita Commo is living every mother's nightmare as she's getting ready to lay her son, 19-year-old Jayzhan Gilmore, to rest just days after she says he was assaulted in front of her home.

Candles and mementos sit along Esplanade Drive in memory of the 19-year-old victim.

Commo says on October 10th, her son had just gotten done hanging out with two friends at home when he got a call to go outside.

She says it was just moments later that her son was being carried by two friends back into her home, unconscious.

"I see the green Camry, and the black Monte Carlo. I know who they are and I know their names and I told the Merced Police Department," she said.

Commo says her son was then taken to Mercy Medical Hospital in Merced but had to be transferred to Modesto after she was told there was bleeding in her son's brain.

He was declared brain dead on Saturday.

"He was not a monster. he was not a gang member. he did not deserve to go out like this and be beat over his head unconscious," she said.

Merced Police say they received a call for a possible strong-armed robbery in that area but found Gilmore alert. They say while Commo's been cooperative, they can't find anyone who actually saw the alleged assault to talk.

"We have to be able to corroborate what she's hearing," said Merced Police Lt. Jay Struble. "We've interviewed multiple people and for the most part, no one is cooperating with us. They're saying they didn't see anything or know anything. As of (October 22nd) we don't have anyone telling us they witnessed an assault."

Commo says she knows there were several witnesses...and wants them to do the right thing.

"I want justice for Jayzhan. Justice for my son," she said.

Commo says she plans to bury her son in Oakland, where her family resides.