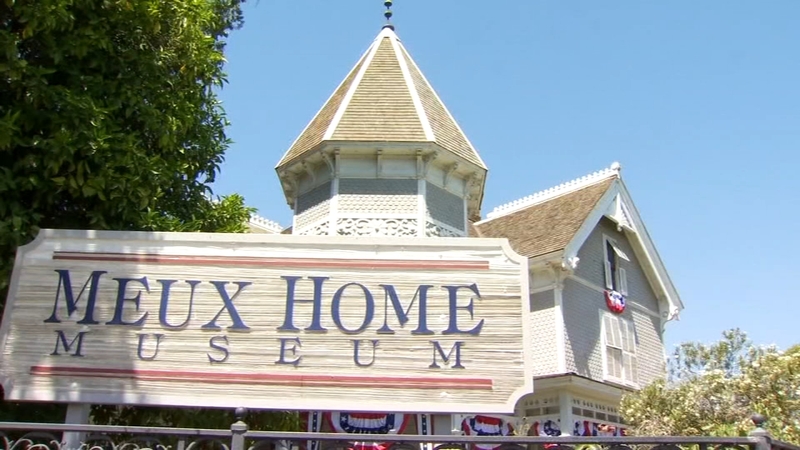 Meeting to be held surrounding name of Fresno's Meux Home

The Historic Preservation Commission voted to forward its findings on Dr. Thomas Meux -- a physician who also worked as a surgeon for the Confederate Army -- to Fresno City Council.


It will be up to the council to determine if a name change should be considered.

A name change could soon be considered for the Meux Home, following Monday night's meeting of the Fresno Historic Preservation Commission.

Problems with Zoom links invalidated last month's meeting because people who may have wanted to offer public comment didn't get their opportunity.
The commission was ready to revisit the Meux Home issue. They were expected to reach the same conclusion over what it considers a controversial history.

The Meux Home in downtown Fresno was decked out for a 4th of July celebration.


It was built in 1889 by Dr, Thomas Meux, a physician who also worked as a surgeon for the Confederate Army.

Commission Chair Patrick Boyd explained, "We have a historical figure that has some racist and bigoted history and we've got a city property that bears their name."

The Meux Home was the only city building the commission had an issue with.
Fresno City Councilmember Garry Bredefeld said, "Because he had that history, they want to cancel him. This is his home."


Bredefeld believed people could learn from Dr. Meux's history and didn't believe his name should be removed from a place that captured the feel of a past era.

He said, "I think people should understand he served in the Confederate Army but he shouldn't be canceled as though he didn't exist, and so I'm against that."

It would be up to council to determine if a name change should be considered with an iconic home named after Dr. Meux.

Fresno City Councilmember Luis Chavez said, "More importantly, what happened after he moved to Fresno? We've all read reports of Mr. and Mrs. Meux helping a lot of the low-income children of Fresno and providing medical services for the needy."