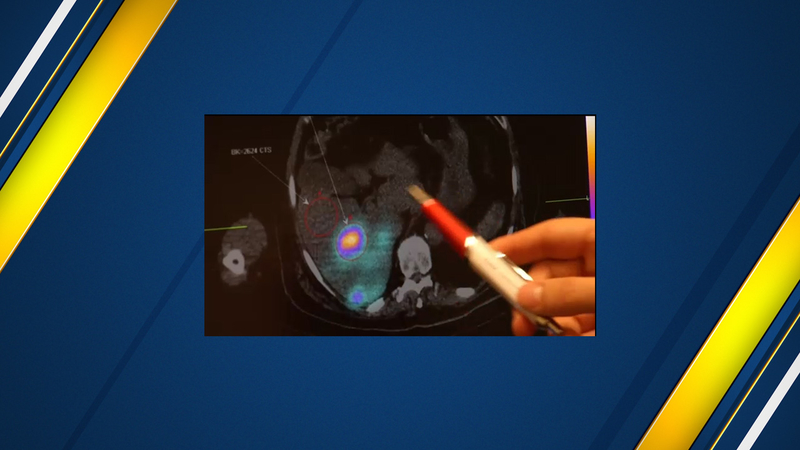 They're called microbubbles, small bubbles with a solid shell and a gas inside, and they work in tandem with radiation treatment. It's new hope on the horizon for the millions suffering from advanced liver disease.

"By getting access just to the tumor with the blood supply by the catheter and depositing beads only within the tumor, the hope is we're cooking those tumors, but not the surrounding liver. Not the healthy tissue," said John Eisenbrey, Ph.D., a radiology researcher at Thomas Jefferson University. (Read Full Interview)

Liver cancer is one of the most deadly cancers, largely due to hepatitis 'c'; in addition, an increase in fatty liver disease can cause further complications.

Jesse Civan, Medical Director at Jefferson Liver Tumor Center said, "Someone who has obesity, diabetes, may not appreciate any symptoms, so it's very important that they're checked by their primary care physician and referred to a hepatologist."

When the bubbles pop, they boost the radiation. Getting them into the body is similar to other types of medical procedures.

Colette Shaw, MD, Assistant Professor, and Interventional Radiologist at TJU said, "For the patients, it's like having an angiogram done and for those patients who've had cardio catheterizations, it would be similar, so you can access the blood vessel either in the wrist or in the groin."

"So the hope with a lot of these therapies is you first destroy that blood supply and that eventually starves the tumor and then it begins to shrink over time," Eisenbrey said.

Right now, the researchers are using commercial bubbles off-label but are also working with chemists and engineers to put chemo meds, oxygen and other combinations inside the microbubbles to circulate through the blood, shrink the tumor and give patients a longer lifespan.