Everything you need to know about the migrant caravan 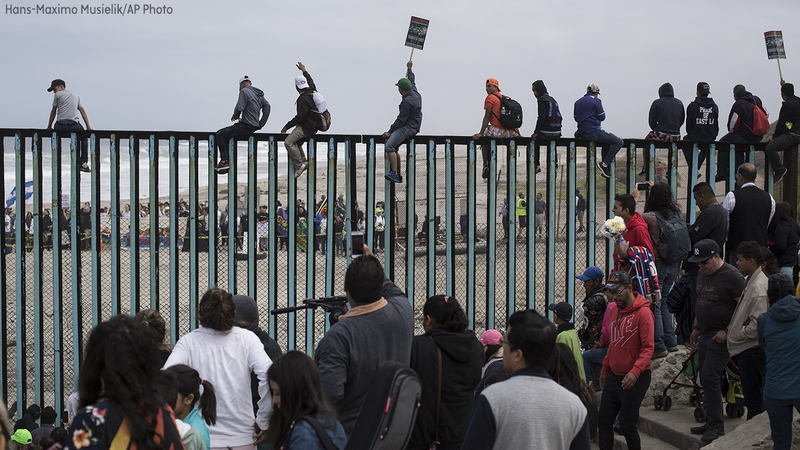 Everything you need to know about the migrant caravan

The migrant caravan is a group of Central American asylum-seekers who have traveled through Mexico to seek safety in the United States.

An attorney representing the caravan told ABC News that about 150-180 people are seeking asylum at the U.S-Mexico border at San Diego. Most of the asylum-seekers are children.

Shortly before the caravan arrived, U.S. immigration officials said the San Diego crossing would not be immediately able to handle asylum seekers due to over capacity.

The caravan began at the bottom of Mexico. The Trump administration has been tracking the caravan since March 25, with Attorney General Jeff Sessions calling the asylum seeking effort "a deliberate attempt to undermine our laws and overwhelm our system."

Pueblo Sin Fronteras, which translates to people without borders, a group representing the caravan, has said a high percentage of the people are Hondurans who are seeking refuge from "political repression, insecurity, and physical and economic violence."

The caravan drew as many as 1,000 people as it traveled through Mexico.

Many have received pro bono legal counsel and shelter in Tijuana near the U.S. border.

According to U.S. Citizenship and Immigration Services, an individual may seek asylum before an immigration judge in the U.S. if they are found to have credible fear of persecution or torture.

President Donald Trump has tweeted about the migrant caravan several times, connecting the caravan to border security and DACA. On April 2, he said Mexico has the power to stop the caravan from entering the country at their northern border.

Border Patrol Agents are not allowed to properly do their job at the Border because of ridiculous liberal (Democrat) laws like Catch & Release. Getting more dangerous. “Caravans” coming. Republicans must go to Nuclear Option to pass tough laws NOW. NO MORE DACA DEAL!

Mexico has the absolute power not to let these large “Caravans” of people enter their country. They must stop them at their Northern Border, which they can do because their border laws work, not allow them to pass through into our country, which has no effective border laws.....