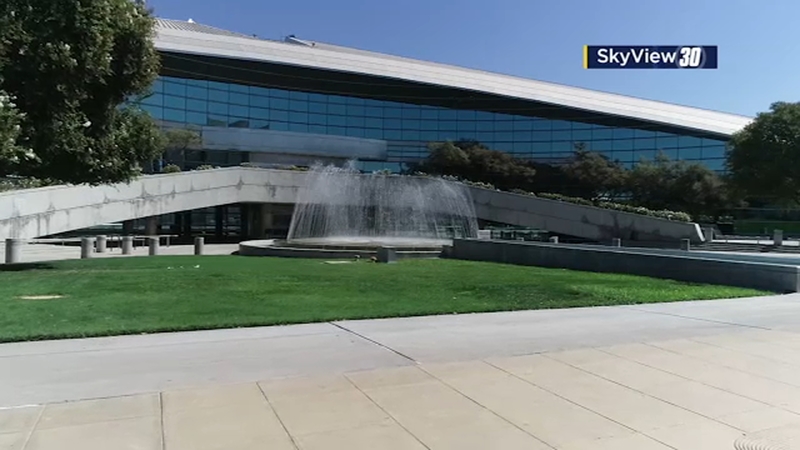 According to the lawsuit, Cliff Tutelian claims Arias asked for campaign contributions in exchange for help on a deal with the city for "Parking lot 2" along Fulton Mall.

Tutelian also claims his request for the extension came with added conditions -- different than other developers.

The lawsuit comes after the city denied Tutelian's claim for damages. Arias calls the lawsuit baseless.

Instead, Arias claims he has been approached by representatives of Mr. Tutelian offering to withdraw the claim in exchange for the sale of the parking lot without a public bid process.

In a statement to Action News, Arias said in part, "No amount of baseless attacks or threats will convince me to give anyone the right to develop someone else's private property without the owner's consent or sell public assets without a public and transparent bidding process as required by law and city policy."

He wants to know if the extortion claims or pay-to-play claims were made to the FBI from either party.

He also points out that at the end of the lawsuit, the developer is asking to come to an agreement to go back to the original plans.

Capozzi says that is not uncommon, but wonders what the motive is behind it.

"Maybe this is a tactic to force the city to come to the table and see if we can proceed the way we were in the beginning," Capozzi said.

Councilmember Garry Bredefeld says the lawsuit comes as no surprise to him.

"I think the lawsuit speaks for itself and I encourage people to read it," he said. "It's a disgusting, disgraceful display by a councilmember and we shall see how it unfolds."

Councilmember Mike Karbassi says he supported the renovation plans with Tutelian & Company, saying the developer has the right to sue if he sees fit but wants councilmembers to stay focused on the city, not attacking one another.

According to the Brown Act, all meetings of a legislative body of a local agency must be open and public.

The city of Fresno says it cannot confirm or deny an FBI investigation at City Hall and cannot comment on pending litigation.

Mayor Jerry Dyer says he wants to reassure residents the city is remaining focused on its job.

"Regardless of the distractions that are out there, we are very much mission-minded, purpose-driven and we are going to continue to do the things that the people expect of its government, and that is to serve them," he said.
Report a correction or typo
Related topics:
fresnolawsuitfresno city council
Copyright © 2021 KFSN-TV. All Rights Reserved.
TOP STORIES
Newsom encourages COVID-19 shots as new variant detected in CA
US identifies 1st omicron COVID variant case in SF
Man who rescued baby in 2019 dies following suspected DUI crash
Lawsuit against Visalia Police Department alleges excessive force
Firefighters battle large fire at abandoned building in Caruthers
FS library could get name change after anti-Semitic writings resurface
Unusual temperatures this time of year impacting Valley air quality
Show More
Mom with baby in stroller robbed in driveway of SoCal home
Man shot and killed in northwest Fresno, police say
'Home Alone' house listed on Airbnb for 1-night stay
Search warrant in 'Rust' shooting could reveal where ammo came from
US moving to toughen testing requirement for travelers
More TOP STORIES News