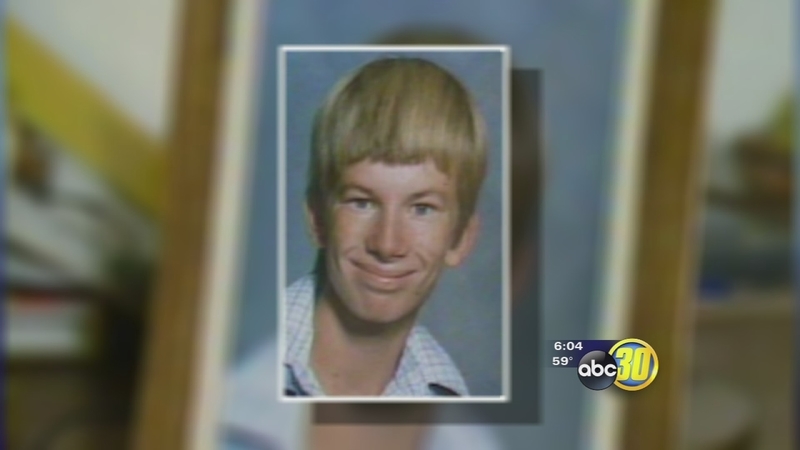 FRESNO, Calif. (KFSN) -- The fear and anger that took over a Fresno family's life in 1980 has returned as a murderer is on the road to freedom.

Mike Morganti's life ended in a shallow grave he dug himself. 35 years later, his sister can't shake the image.

"We still have nightmares about Mike," Vikki VanDuyne said. "You know, calling out to us, and then he's not there and we don't know where he is and we can't get to him. It still happens."

Vikki VanDuyne was just ten when David Weidert murdered her brother to make sure he didn't testify in a burglary case against Weidert. He lured the mentally challenged 20-year-old away from home, tied him up, then beat Morganti before burying him. Even a letter of support from then-Congressman Tony Coelho couldn't keep Weidert from a life sentence. But an appeals ruling opened the possibility of parole and after six hearings, a commissioner granted it Wednesday -- based in part on the time passed and Weidert's behavior behind bars.

"He was, as they say, a model prisoner for 25-plus years," said prosecutor Robert Romanacce.

But Romanacce questions whether that's enough. Weidert's father tells Action News his son is a different person now and has huge regrets about what he did. He also trained as an electrician so he could be productive if he gets out. But Romanacce points out how gruesome the crime was and how little Weidert seems to know about why he did it. Even the parole commissioner had doubts.

"He didn't understand how the defendant could call the act impulsive because this was a crime that took planning, deliberation," Romanacce said.

"His big insight into why the crime happened is 'My family moved a lot and I had no control and my feelings didn't matter and that Mike represented this lack of control in my life and that enraged me,'" said VanDuyne. "That makes no sense."

Weidert is set for release in 120 days with a plan to go to the Bay Area, where he'd actually be closer to Morganti's family than his own, and they're worried what he'll do with his first taste of freedom since he was 18.

"His lack of insight, the heinousness of crime, the fact that he preys on vulnerable in community, has a ton of self-proclaimed triggers that he will not be able to keep in check in real world, and the fact that he has no local support" are all reasons he shouldn't be released, VanDuyne said.

Only the governor can stop Weidert's release now by revoking his parole. Anyone can send the governor a note on either side of the issue to this address: