MILES BY MOLLY: San Jose woman completes week one of run across the country 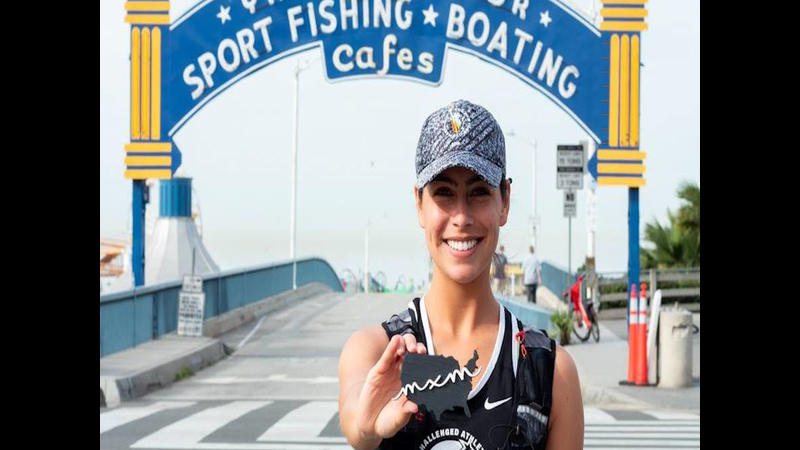 San Jose woman completes week one of run across the country

SANTA MONICA, Calif. -- The Miles by Molly journey has hit the road.

Cuevas began her run in Santa Monica, Calif. instead of the Bay Area to help avoid the mountain ranges in Colorado.

The starting line was the Santa Monica Pier.

A group of friends and supporters made the trip to Southern California to cheer her on.

Cuevas started the run by touching the sand and the water of the Pacific ocean and was on her way.

The journey will take her the the coastal city of Montauk, NY, so she is literally running ocean to ocean.

During her run, Molly is blogging her experiences. She says it has been as hard as many expected it to be.

"My body is desperately trying to adjust to running 40 miles every day," Cuevas wrote. "With that comes swollen feet and ankles, stiff legs, and tight hips."

Some soreness and pain is to be expected while running with no rest days.

Another challenge has been trying to replenish her body while burning nearly 4,000 calories per day.

"Calorie consumption is going to play a big role in getting me through this 3-month journey," Cuevas wrote. "Right now, I'm eating a relatively large breakfast and dinner. Because it's in the middle of my run, my lunch tends to be on the lighter side to keep me from running on a full belly. On top of those three meals, I also sleep with a sandwich next to me so that I can eat in the middle of the night.

The run has made its way out of California and into Arizona.

The weather has cooperated in the sense that it did not rain during any of the runs.

"My body is definitely not used to training in this type of weather so making sure I'm hydrating enough will continue to be a challenge," Cuevas wrote. "Because of the heat, I've gotten started a bit earlier the last couple of days. 8 hours under the sun is not easy on my body, mind, or skin, but my inspiration lies with CAF."

She is currently in Arizona and New Mexico is next up.

The caravan crew of Molly, her mom, her friend Whitney and Molly's dog, Mayer, will be rolling along.

The group has added a extra members on a few days of the journey with supporters running alongside Cuevas on different legs of the trip.

ABC7 will be providing updates throughout her journey.