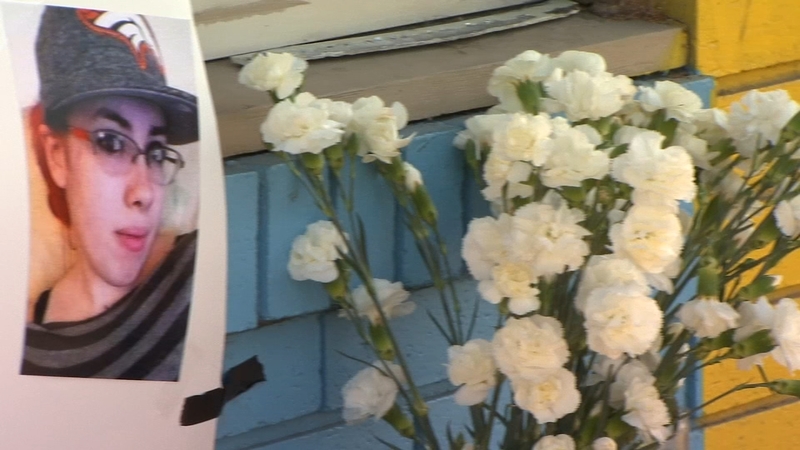 The driver, Joshua Parker, was arrested on several charges, including DUI.

Now, Parker's family members are speaking out on the tragic accident.

"He's not a bad person, you know what I'm saying...but he messed up," said Parker's brother, Daniel.

Daniel Parker says he saw Serrano and Parker a day before the accident on his birthday, and the couple told him they'd gotten married.

He was expecting them to come back Saturday, but they never showed up.

"I never thought that'd be the last day I'd see her," he said.

The horrific crash was caught on camera as the truck sped down the street, crashing into the parked big rig.

Inside, was also Serrano's two-year-old baby boy, Mason, who survived the crash.

Fresno police say they're looking into any dispute that may have been happening prior to the accident, but Daniel Parker says the couple never argued.

"People do argue in a relationship..but every time I'd seen them. They'd never argue," he said.

"I heard from people that'd been around them that they argued here and there, and had problems of their own," said Phillip Frusetta, Mason's father.

Since the collision, Frusetta says their son is starting to realize his mom isn't coming back.

"He tells me he misses her," he said.

Police are working on finishing the investigation and filing it with the District Attorney's office.