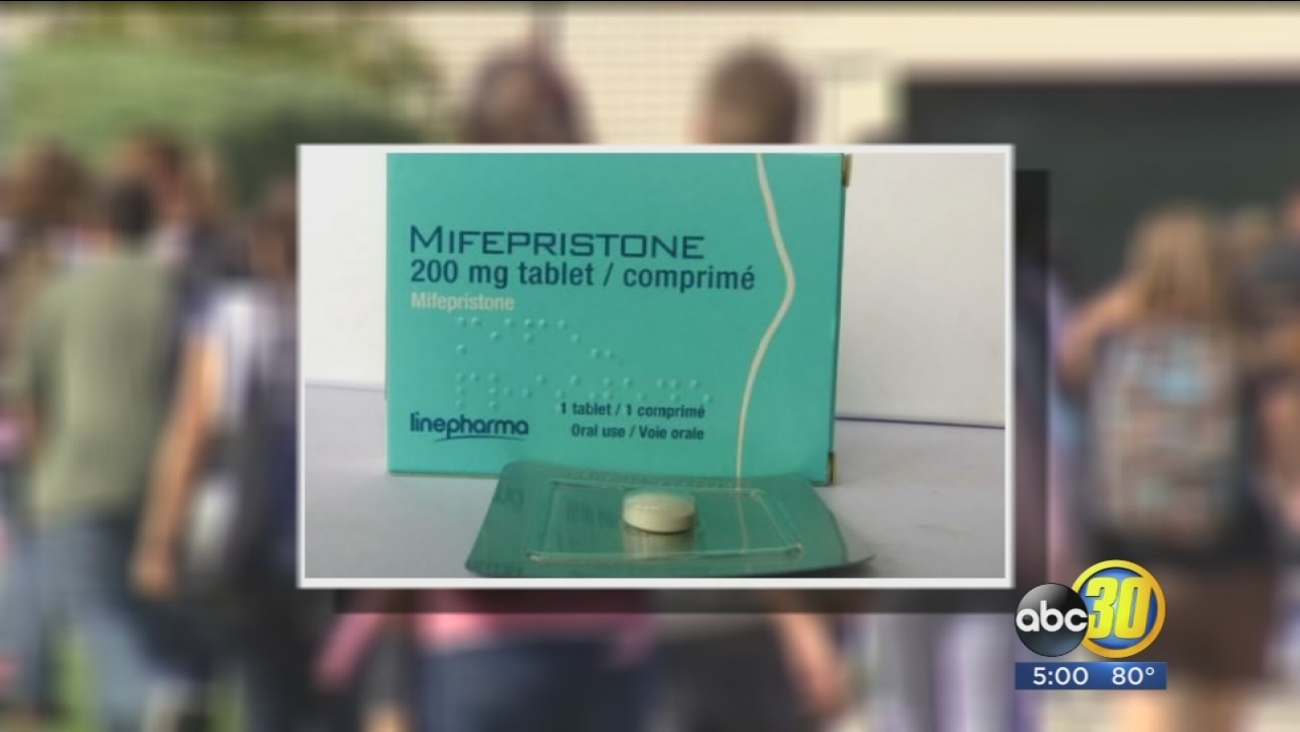 This bill requires campus health clinics to provide what is commonly known as the abortion pill to women who want to terminate their pregnancies. (KFSN)

FRESNO, Calif. (KFSN) -- Most health centers on California's college campuses already provide sexual and reproductive health care. This bill goes a step further in requiring those clinics to also provide what is commonly known as the abortion pill to women who want to terminate their pregnancies.

Sarah Hutchinson, based in Visalia, represents the statewide group ACT for Women and Girls, which co-sponsors the measure.

It's seen as helping students who may not have insurance or access to private doctors.

The campus clinics would not perform abortions but prescribe medication to induce abortion. One pill would be taken at the clinic, the other within 24 hours at home. It is considered an effective way to end a pregnancy in the first nine weeks without requiring a surgical procedure.

"What we are hoping from this is if a person has access to early abortion care they won't have to access later abortion care," said Hutchinson.

State Senator Connie Leyva of Chico introduced the bill; she says it gives women a choice.

"This is really about equality for all right, if you are in college and you are a young man and you do something maybe you wish you hadn't involved yourself in, you walk away and nothing happens. If you are a young woman, maybe you make a decision you regret and it ends in a pregnancy you should make sure you have the option to do what's right for you and your future."

The UC and CSU systems are not commenting on the legislation, which would also apply to community colleges if they have state funded clinics.

Pro-life groups are studying the bill which is just being introduced, but Senator Leyva expects opposition.

"I think we will have the usual suspects in opposition, there's currently no opposition to the bill but it was just introduced today so I expect there will be some opposition."