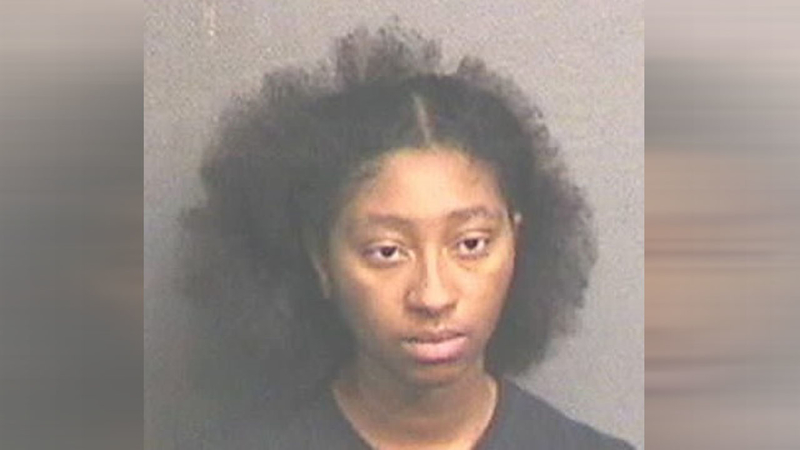 HOUSTON, Texas -- A mother has been charged after police found her 5-year-old daughter dead.

Andrea Webb, 21, has been charged with injury to a child.

The initial call said her daughter Samantha Bell, may have fallen from a second-story apartment on Broadway Street, but police noticed her injuries were not consistent with a fall.

According to police, Bell had bruises on her face, chest, abdomen, arms and back.

Detectives say an autopsy will give them a better idea of what actually caused her death.

Bell's stepfather was also arrested at the scene for not identifying himself.

"When units responded, he had lied to police about his name. He ended up telling the police a little bit afterwards his real name. He actually has a parole violation and a warrant for his arrest," said an officer at the scene.