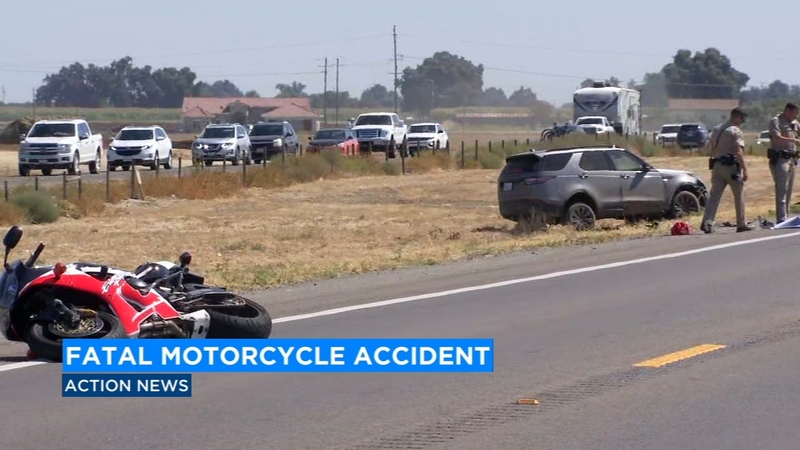 FRESNO, Calif. (KFSN) -- A motorcyclist has died after a crash along Highway 41 in Fresno County, according to California Highway Patrol.

It happened along Highway 41 near Harlan Avenue just after 2:30 pm.

Authorities say an SUV in the southbound lane was passing cars on the two-lane highway when it crashed head-on with the motorcyclist who was in the northbound lane.

"The motorcyclist didn't have anywhere to go," said Sgt. Edward Jacobs. "The Range Rover pulled out to pass a bigger car, sped up, and the motorcyclist was right there and not able to escape."

The driver of the Range Rover was taken to the hospital after complaining of pain.

Sgt. Jacobs said the motorcyclist is a man in his fifties. His name has not been released.

The cause of the crash is under investigation. At this time, officers do not believe drugs or alcohol were a factor in the crash.