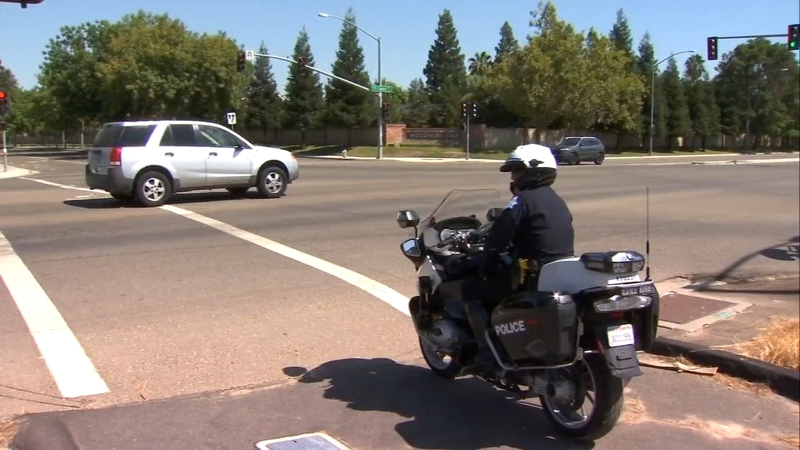 FRESNO, Calif. (KFSN) -- After two fatal motorcycle crashes occurred within days of each other, the city of Fresno is joining a statewide effort to bring motorcycle safety awareness to drivers.

With radar guns in hand, officers made sure motorcycle safety was the top priority.

"They don't have all the protections that are afforded by a regular SUV, truck or Sedan," said Officer John Belli, Jr.

As part of a statewide effort, Fresno Police deployed extra officers to remind motorists of the rules of the road.

Over the past decade, motorcyclist fatalities have jumped drastically.

"Speed is our number one issue," Belli said. "We know that we're out enforcing the law the more visual we are we have a better preventative measure in getting cars to slow down."

In 2017 and 2018 Fresno Police responded to 103 motorcycle injury collisions within city limits, seven of those were fatalities.

"We're trying to bring awareness not only to the motorcycle riders but the drivers to pay attention and be vigilant and cognizant of motorcyclists," Belli said.

While the numbers aren't quite as high this year, officials have seen two fatalities. One crash involved a 77-year-old Clovis man, who was hit and killed at North Angus and East Olive; a fatal collision occurred at Shaw and Golden State occurred two days prior.

In addition to making sure motorcyclists were wearing DOT-approved gear, officers warned the dangers of distracted driving.

"The same thing applies to a bicyclist or a child running into the road, distracted driving limits your ability to see those things," Belli said.