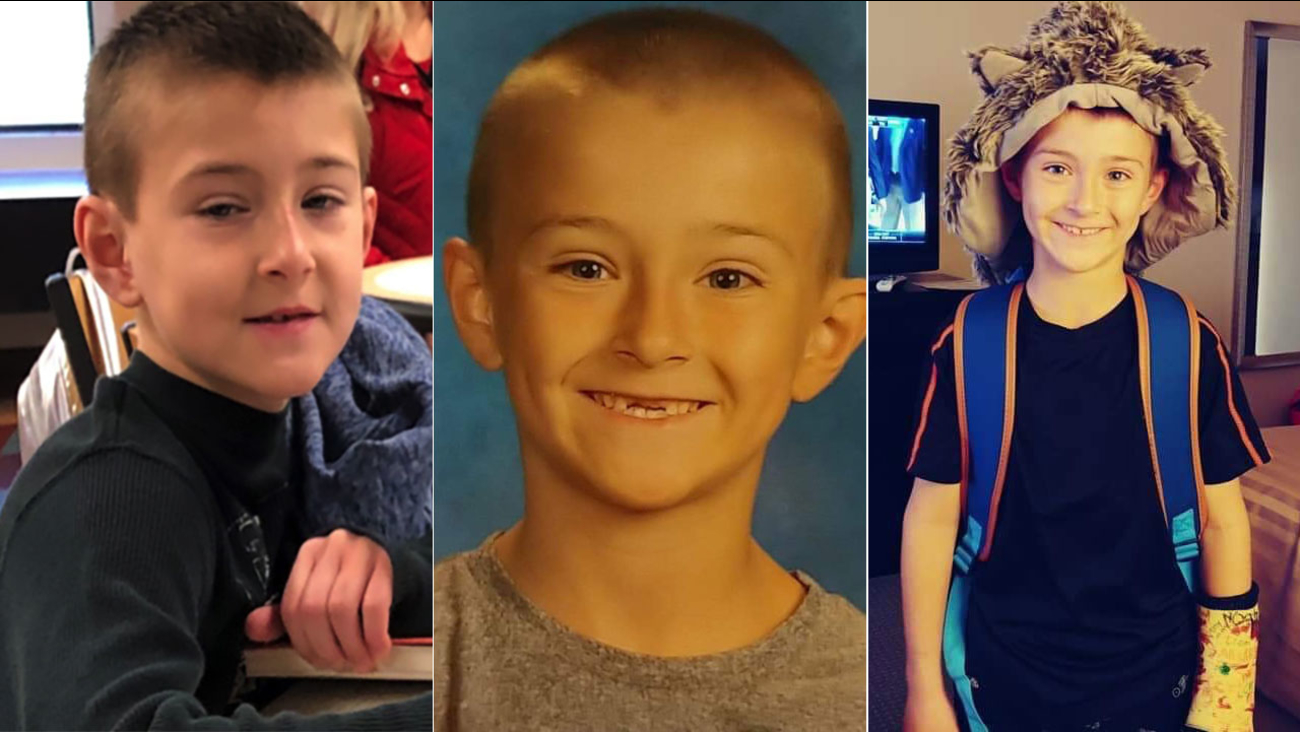 CORONA, Calif. -- The father of Noah McIntosh, an 8-year-old Corona boy who has been missing for more than four weeks, has been charged with the child's murder, authorities announced Thursday morning.

"It is unfortunate and with a heavy heart that I must let the community know that the missing child investigation regarding Noah McIntosh has now been escalated to a homicide case," Corona Police Chief George Johnstone said at a news conference.

The murder charge was filed against Bryce McIntosh as the search continued for the boy's body, Johnstone said.

Both the victim's father and mother, Jillian Godfrey, were previously taken into custody on charges of felony willful child cruelty.

Godfrey remained in custody in connection with the child cruelty charges, with her bail set at $500,000.

The investigation began March 12 when Godfrey called police and requested a welfare check of the boy at his father's home in 4600 block of Temescal Canyon Road. At the time, the mother said she had not been able to contact Noah for almost two weeks.

According to the Police Department, officers attempted to contact Bryce McIntosh at the residence but he did not answer. They returned to the apartment the following day with a search warrant and subsequently arrested both parents for child abuse.

Minutes away from press conference where @CoronaPD will announce they have filed a murder charge against the father of missing eight-year-old Noah McIntosh of Corona. More today at 11:00 @ABC7 pic.twitter.com/l9SloIdCvg

Detectives said evidence collected at those sites were enough to add murder and a special circumstance charge of torture murder to the accusations stacked against McIntosh.

"The Corona Police Department will continue to investigate the disappearance of Noah McIntosh and will remain steadfast until Noah is located," the agency said in a Thursday statement. "At this time, we ask our community to reflect back to February 20 through March 12."

Anyone with information about the case, or who may have seen Bryce McIntosh's black BMW 330i, with California license No. 5MKE807, is asked to contact police Senior Detective Mario Hernandez by phone at (951) 279-3659 or email at Mario.Hernandez@CoronaCA.gov.
Report a correction or typo
Related topics:
coronariverside countychild abusehomicide investigationmissing boyvigilmissing children
Copyright © 2021 KABC-TV. All Rights Reserved.
More Videos
From CNN Newsource affiliates
TOP STORIES