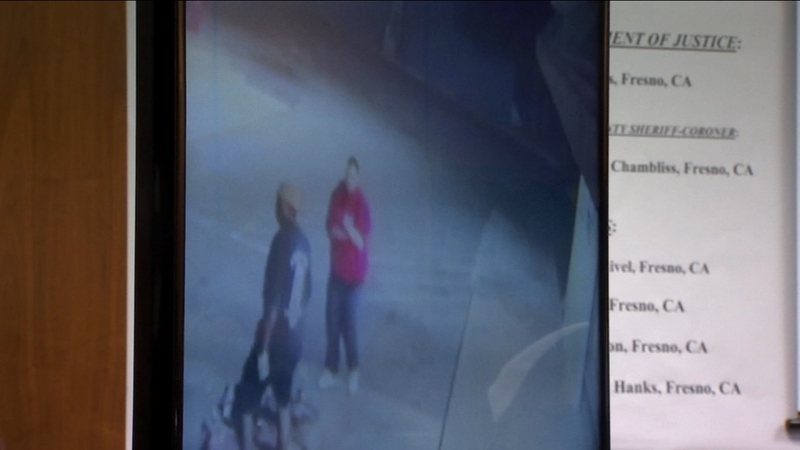 Tale of the tape in deadly stabbing at Fresno's Food Zombie

Sentencing is scheduled for November 30th.

---
It's a tale of the tape as surveillance video shows the attack that killed a Fresno man, but jurors are hearing two vastly different stories about who carried out the killing.

"Defense counsel argues he's pulling his pants up," said prosecutor Ryan Wells. "It's not even close. He's wearing a glove. He's hiding his knife behind his back."

The Food Zombie parking lot resembled a boxing ring for part of this night in May.

Daniel Apodaca, Deon Walker, Hector Esquivel, and Julio Ceja fought a couple of battles before someone stabbed and killed Apodaca.

"At no time do you ever see a knife in my client's hands," said defense attorney Richard Esquivel. "Watch the video."

Deon Walker stands trial for the murder, but his attorney says the video from the store doesn't prove he's guilty. He says nobody stabbed Apodaca until Hector Esquivel, who is no relation to the defense attorney, and Ceja joined the last round of the fight.

But prosecutor Ryan Wells says Walker is the one who escalated the fight to a deadly level, and he pantomimed his intentions in between rounds when everybody walked into the store.

"As Daniel Apodaca was buying his beer, Deon Walker paced behind him several times, with his hand in his right pocket," Wells said. "And as the evidence shows, that's where he keeps his knife."

Wells says Walker threw left hooks when it was a fistfight, but his stances and his movements changed after he pulled a knife.

The defense attorney says the prosecutor is trying to make the idea of a knife stick without video to prove it.

"There's an old adage, 'You say something enough, people begin to believe that it's true,'" Richard Esquivel said. "That's what he's doing. He says 'knife knife knife knife' because he wants you to believe Deon had a knife. There's simply no evidence that's true."

He says Hector Esquivel is probably the real killer.

Police didn't find any such weapon when they searched Esquivel and he had no signs of a significant fight on his body.

But investigators found Walker with a knife which matched up with the wounds inflicted on Apodaca.

"Here's the knife," said Wells. "Deon Walker testified he gardens with this knife. This knife is Extreme Ops Smith & Wesson folding knife. It's not for gardening."