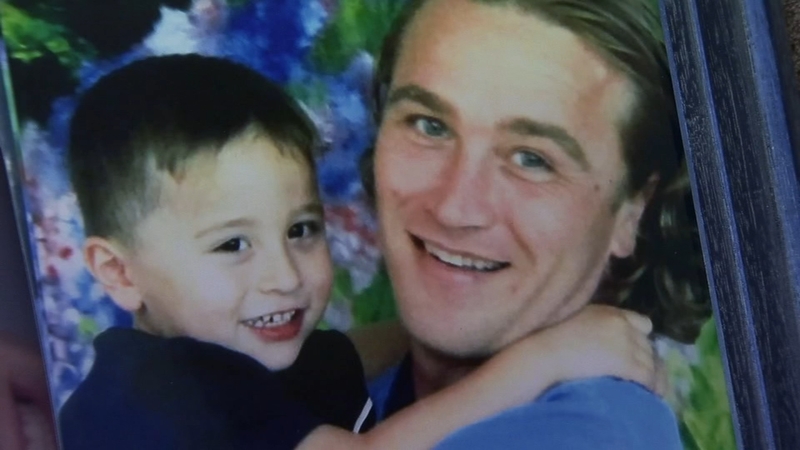 LIVINGSTON, Calif. (KFSN) -- A North Valley family is making a plea for answers after a deadly shooting in Livingston.

"Help us find closure. Help my grandson know that there was justice for his father, and help us move on," says the victim's mother, Dora Crane.

Police say 36 year old Brandon Crane was killed, and two other men were wounded during the shooting on Balmoral Court Thursday night.

Crane's family members say it only adds to their pain that the person responsible is still on the loose. His mother says there were social media posts with her son's name and other details within 30 minutes of the shooting, so she believes there are witnesses or acquaintances who have information that could help solve the case.

Dora says, "He was a loved son, a brother, a father to my six and a half year old grandson, Ryan. And he had a family. He had a family that cared about him."

The Cranes say Brandon loved playing sports as a kid and cheering for the Buffalo Bills as he grew up. They acknowledge he made mistakes that led to jail time in the past, but say he never stopped loving his family or striving to be a better man.

His sister, Katie McLaughlin says, "He was kind. He had a great sense of humor, and he didn't deserve what happened. Someone executed him."

This is not the first time the family has endured an agonizing loss. Brandon's brother, Ryan, died suddenly and unexpectedly in December of 2000 at the age of 20.

Dora says, "The only thing that's giving me some comfort right now is I know his brother was there waiting for him and that they're together."

The Cranes are now planning funeral services for their second son and supporting the little boy he leaves behind. They don't want him to grow up wondering who killed his father and why.

John says, "He never should have been shot down in a driveway like that. And if there's anyone out there, please come forward and tell us so it doesn't happen to another parent out there."

Investigators are still trying to determine a motive in the case. Tips can be made anonymously by calling 209-394-7916.

The community is also invited to attend services for Brandon Crane. There will be a viewing on Thursday, March 5 at Our Lady of Mercy Church at 459 W. 21st Street in Merced from 12-7 p.m. followed by a reciting of the Rosary at 7 p.m.

His funeral will be held on Saturday, March 7 at 9 a.m. at Saint Patrick's Church, located at 671 E. Yosemite Avenue in Merced.

If you have information about this case, you are urged to contact Merced Area Crime Stoppers. You could be eligible to receive a cash reward if you provide information anonymously that leads to an arrest. To leave a tip, call 855-725-2420, or fill out the form below.
(mobile users tap here for form)