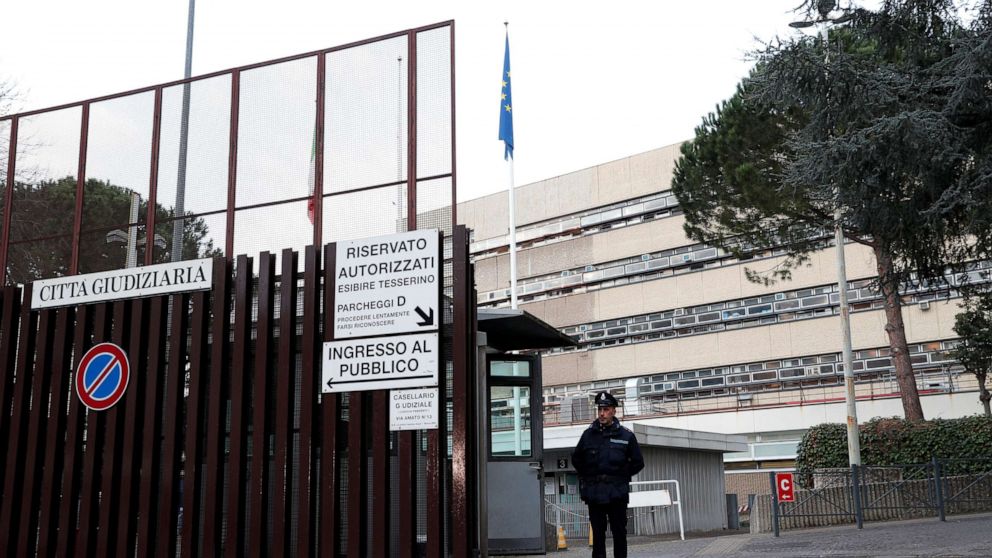 ABCNews
By GUY DAVIES
The trial of the two American teens accused of killing an Italian police officer began in Rome Wednesday, with the pair facing charges of aggravated murder and attempted extortion.

Gabriel Christian Natale-Hjorth, 19, and Finnegan Elder, 20, have been jailed in the Italian capital since July 2019 on suspicion of aggravated murder and attempted extortion. The pair is accused of fatally stabbing Mario Cerciello Rega, a 35-year-old Italian paramilitary policeman, in the early hours of July 26 after a drug deal gone wrong.

Presiding over the trial will be two judges and a six-person jury, as well as two reserve jurors, from the general public, who will decide on the case, which is expected to take many months of deliberations. The pair's parents are both expected to be attending the hearing Wednesday.

"We are grateful that this process is finally moving forward and we hope that this trial can stay focused on the facts of what happened that night," Elder's family said in a statement. "We look forward to the truth coming out, and to Finn coming home."

An autopsy report obtained by ABC News in September found that officer Cerciello Rega bled to death after receiving 11 stab wounds that penetrated his major organs, including both lungs. He was declared dead just minutes after being taken to a local hospital.

Elder has claimed he allegedly stabbed the police officer in self-defense and told police he "feared for his life," according to court documents obtained by ABC News.

The officer had just returned from his honeymoon with his wife, Rosa Maria Esilio, just six weeks before. His funeral was held in his hometown of Somma Vesuviana, with the service taking place in the same church as his wedding.

The Italian investigators allege that the American teens, who both hail from California, were trying to buy drugs in Rome but were sold a fake substance. Elder and Natale-Hjorth then allegedly robbed the man that had directed them to the drug dealer, who unbeknownst to them had contacted the Italian police, a police spokesperson told ABC News.

Cerciello Rega, along with his partner, responded to the call and were confronted by the suspects, with a scuffle ensuing that saw Elder allegedly stabbing the officer with a 7-inch combat knife, while Natale-Hjorth reportedly attacked the officer's partner.

The pair were later arrested in the hotel room near the killing where they were staying after allegedly being caught on CCTV fleeing the scene, police said. Investigators also said they found the knife used in the killing in the ceiling of the hotel room. After several hours of interrogation and "faced with overwhelming evidence, they confessed," according to the Provincial Command of Rome.

Shortly after the interrogation, Italian newspapers published a leaked photo, which appeared to show one of the suspects blindfolded and handcuffed, which prompted speculation that the pair may have confessed under duress. However, an Italian prosecutor said the interrogation was conducted lawfully, in the presence of defense lawyers and interpreters, two days after the photo was published in July.
Report a correction or typo
Related topics:
abc newsnational
Copyright © 2020 ABC News Internet Ventures.
More Videos
From CNN Newsource affiliates
TOP STORIES