Mysterious light appears in the sky above California, expert says it was a bolide meteor 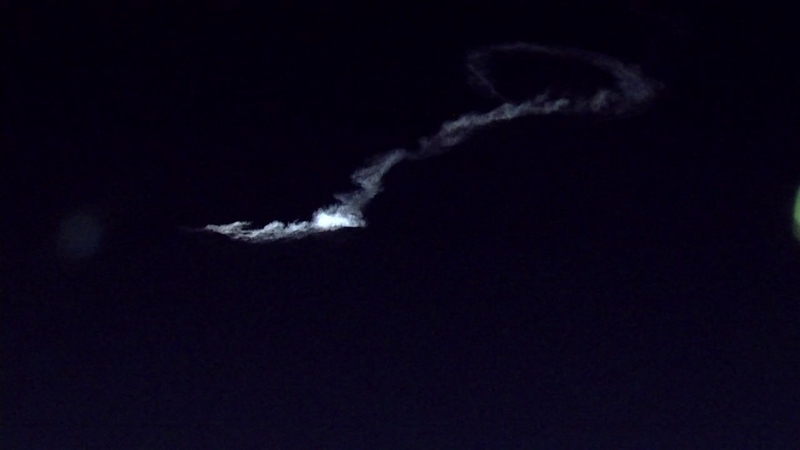 Mysterious light seen in the sky above Northern California

SAN FRANCISCO -- Many people reported seeing a mysterious light in the sky over the Valley and in the Bay Area at around 5:34 p.m. on Wednesday.

It was not immediately clear what the light was. A meteor? Space junk? An early assumption was that it was a NASA Soyuz crew ship scheduled to be riding back to Earth - although it was to land in Kazakhstan.

Dr. Edwin Krupp, director of the Griffith Observatory, later confirmed it was a bolide meteor that entered the Earth's atmosphere.

Krupp said the meteor can likely fit in your hand but what people saw was the compressed air around it.

He added that it was headed east to west toward the Pacific Ocean and likely broke apart over the ocean. These types of meteors are seen once or twice a year.

Several Californians recorded the event and posted it to social media. It even turned up live on ABC7 during a Dallas Raines weather report.

Anyone else see this interesting cloud feature? We saw it here at the office. #cawx pic.twitter.com/nc8xdZ5jj4

The light show was reminiscent of a 2013 meteor over Russia, but that one packed a sonic explosion that wound up injuring more than 1,000 people and damaging more than 7,000 buildings.

There was a rocket launch planned Wednesday night at Vandenberg Air Force Base near Santa Barbara, but the company said that launch was scrubbed and did not happen. People who went to see the Vandenburg launch at the Griffith Observatory caught a glimpse of the meteor, which was seen as far away as Las Vegas.