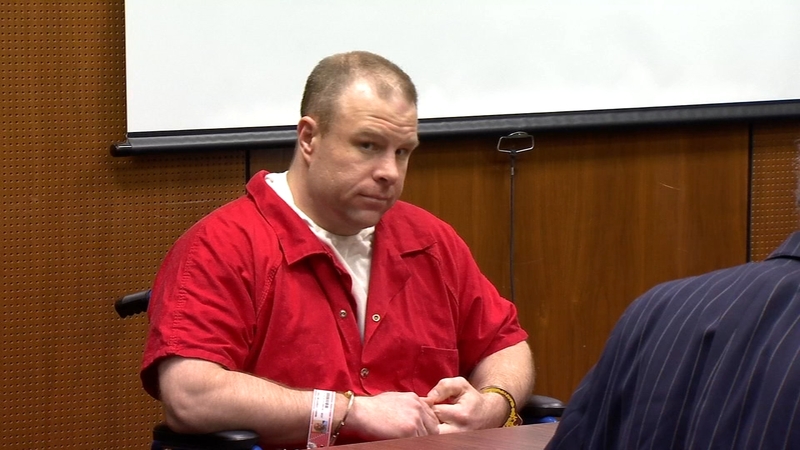 FRESNO, Calif. (KFSN) -- The man who a Fresno County jury found guilty of sexually assaulting a nanny last summer is taking steps to ask a judge for a new trial.

Instead of being sentenced on Friday, Joseph Ward's newest attorney is researching new options for the future and has requested a new trial.

Deputies rolled Ward into the courtroom in a wheelchair but it's unclear why he was unable to walk.

"I'm just going to tell you that I don't know today what the wheelchair was all about but that's a medical issue that I'm not prepared to discuss," said Ward's attorney Kendall Simsarian.

Ward's health has been in question during past court appearances as well. He both fainted on the stand and fell in a hallway.

Simsarian asked the judge for several weeks to get more familiar with specifics of the case so he could look at what grounds his client may have for a new trial.

"I have had the chance to meet with him and what I can say is that based on the conversation I'm going to look further into the case and determine what should be the next step," said Simsarian.

During the court hearing, the judge noted Simsarian is the seventh court-appointed attorney Ward has been given since his previous trial ended.

Although, this trial was not without drama. Ward attempted to fire his attorney several times, and he was later banned from the courtroom for speaking out of turn and disrupting the court.

For now, Simsarian plans to review the trial transcript and read all of the various reports in the file.

Ward was found guilty of using a knife to force his way into a home and attacking a nanny who was babysitting near Woodward Park last summer.