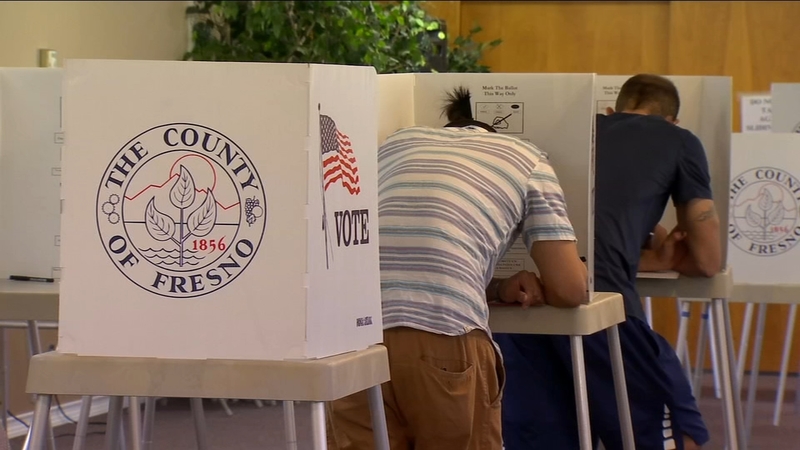 Homeless issues a priority for Fresno County Board of Supervisors candidates

FRESNO, Calif. (KFSN) -- The problems facing the homeless are a priority for all three of the candidates for the open seat on the Fresno County Board of Supervisors.

Nasreen Johnson deals with poverty working for the Fresno County Economic Opportunities Commission, a non-profit organization. She wants the county to do more with the money it receives from the state to deal with the homeless problem.

"I don't want to just see less homeless people on our streets; I want to reduce homelessness in our community," Johnson said.
One of her opponents, Fresno City Council member Steve Brandau, also wants to fight homelessness.

Johnson says his solution, a no-camping ordinance that makes it a misdemeanor to set up a homeless camp, was a mistake.

"I believe that criminalizing homelessness doesn't actually reduce homelessness, and while he and I agree that homelessness is an issue in our community we have very different ways of addressing it," she said.

Brandau's no-camping ordinance was adopted by the city, but its enforcement has been limited by a recent supreme court decision.

Brandau, says despite his reputation as a conservative he is currently working on the city council to help the homeless. He plans to seek additional funding for the Poverello House shelter.

"When I pull the trigger on this I am going to have conservative friends of mine asking me why are you spending tax dollars on these bums. I'm going to have people tell me that," he said.

And Brandau says he will not have a problem finding funding for other social programs that a conservative base may not support.

"I have no problem, mental health, early childhood development; I have no problem with that. I'm fine with all of that, that's what the county oversees," Brandau said.
The third candidate for the seat is Steve Hosey. A former Fresno State and San Francisco Giants baseball player, he now works for Family Leadership, an organization that helps guide parents.

"Public safety is at the top of the list as well as social services the solution to our homeless problem is going to have to be spearheaded through the supervisor's office along with the partnership with the city as well," he said.

The supervisor's seat is nonpartisan, Brandau is a Republican, previously associated with the Tea Party. Johnson is a Democrat. But both say political ideology will not shape their voting.

Hosey says, "I'm nonpartisan I don't have a party affiliation, and I think that lines up perfectly for this job description."

The three candidates will be on the March 5th ballot, a special election to fill the District 2 seat on the Fresno County Board of Supervisors for two years.

The seat was left open when former Supervisor Andreas Borgeas won election to the state senate.