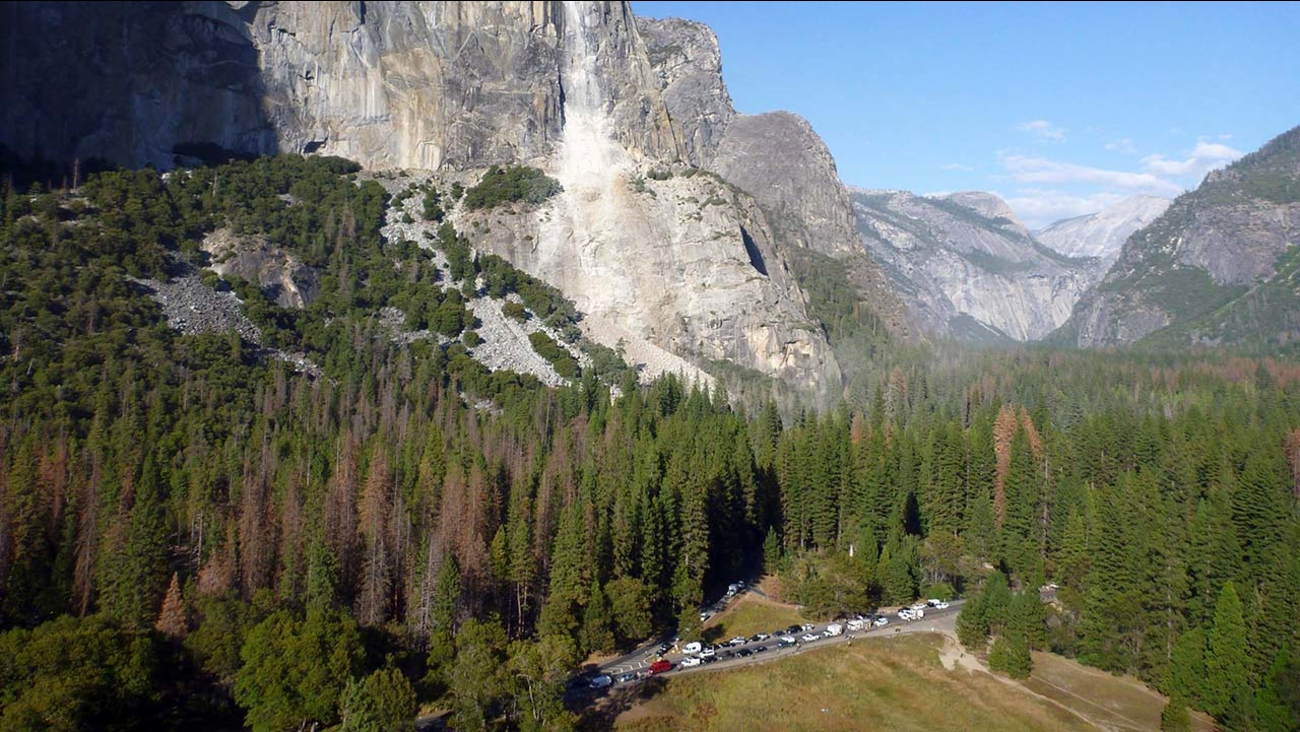 (The National Park Service via AP)

Under the proposal, the per vehicle entrance fee during the five-month peak season would increase to $70 from $25 or $30. Motorcycle, bicycle and pedestrian entrance fees would also increase by double or more. four parks in California would be affected-- Yosemite National Park, Sequoia and Kings Canyon National Parks, and Joshua Tree National Park.

Becerra said, "Our goal as a nation should be to make our national parks supremely inviting and encourage more families to visit them. Instead, the Trump Administration proposes the complete opposite - making our treasured lands less accessible to many Americans." Becerra continued, "In particular, this proposal would disproportionately impact modest-income families that are already underrepresented among national park visitors. It is incumbent upon all of us to take any and all necessary action to oppose this dramatic increase in park entrance fees and to protect communities that rely on national parks as important economic engines."

In their comment letter to the NPS, Attorney General Becerra and his fellow attorneys general make three main points:

- NPS's stated justification for the fee increase is to address the serious maintenance backlog facing the national park system. However, the proposal could well reduce revenue by lowering visitation rates, and it comes at the same time that the Trump Administration is proposing to cut NPS's budget by far more than any increased fees might generate;

- NPS has failed to consider or provide any data to support the criteria it must consider pursuant to the Federal Lands Recreation Enhancement Act of 2004, including the "aggregate effect of recreation fees on recreation users" or "the public policy or management objectives served by the recreation fee";

- NPS's Washington-centric approach, announcing the proposed fees for 17 parks without any detailed analysis or prior outreach to impacted communities and setting a short comment period that includes major holidays, is designed to minimize input from the American public to whom the national parks belong.

Along with Becerra were the Attorneys General of Arizona, Maine, Maryland, Massachusetts, New Mexico, New York, Oregon, Rhode Island, Washington, and the District of Columbia.