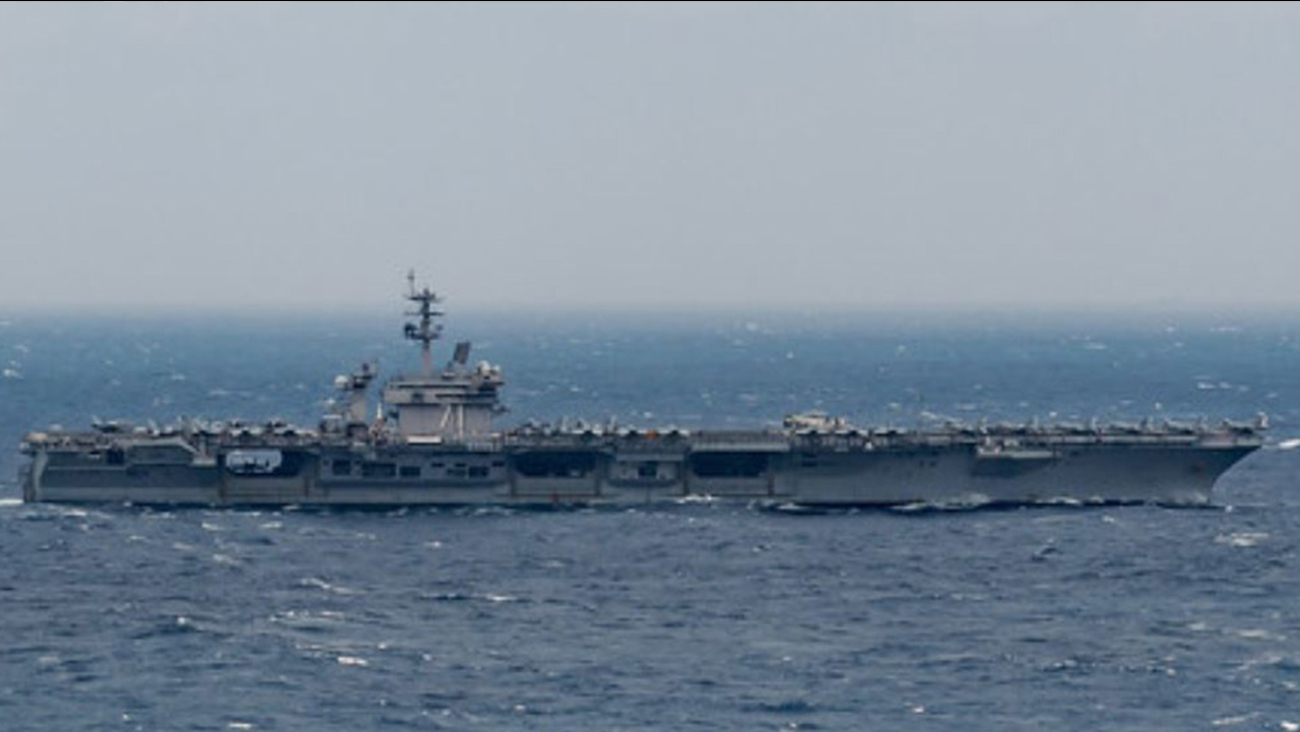 WASHINGTON (KFSN) -- The captain of U.S. Navy aircraft carrier, the USS Theodore Roosevelt, has asked permission to isolate the bulk of his crew members onshore, which would take the warship out of duty to stop the spreading of the coronavirus.

The U.S. Navy says that 760 sailors from Lemoore Naval Air Station are aboard the aircraft carrier with a crew of more than 5,000.

The ship is docked in Guam. In a memo to Navy leaders, the captain of the USS Theodore Roosevelt said the spread of the disease is ongoing and accelerating, and said that removing all but 10% of the crew is a "necessary risk" in order to stop the spread of the virus.

It's unknown if any of the infected are based in the South Valley.

U.S. Navy leaders on Tuesday were scrambling to determine how to best respond to the extraordinary request as dozens of crew members tested positive.

A U.S. Navy official said Crozier alerted commanders on Sunday evening of the continuing challenges in isolating the virus. The official, who spoke on condition of anonymity to discuss internal deliberations, said Crozier wants more isolated housing for the crew and that Navy leadership is reviewing options to ensure the health and safety of the crew.

The USS Roosevelt departed from San Diego on January 17th for an "Indo-Pacific" deployment and is part of U.S. 3rd Fleet, which leads naval forces in the pacific.

In Asia, a carrier presence is central to what the Pentagon has identified as a fundamental shift from fighting insurgent and extremist conflicts in the Middle East to a return to "great power competition." That means, principally, a bigger focus on China, including its militarization of disputed areas of the South China Sea.

The carrier, like other Navy ships, is vulnerable to infectious disease spread given its close quarters. The massive ship is more than 1,000 feet long; sailors are spread out across a labyrinth of decks linked by steep ladder-like stairs and narrow corridors. Enlisted sailors and officers have separate living quarters, but they routinely grab their food from crowded buffet lines and eat at tables joined end-to-end. 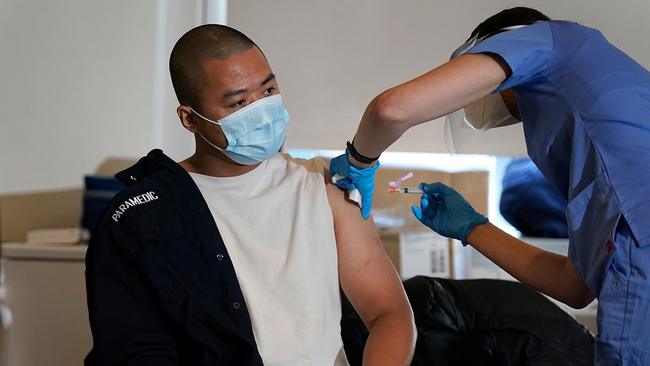 1A, 1B and 1C: CA's vaccine phases explained

Budweiser skipping the Super Bowl for first time in 37 years