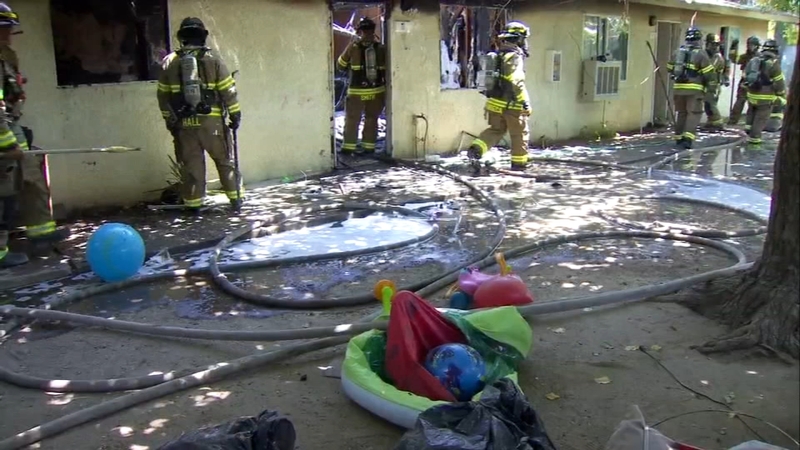 It happened just before 11 a.m. at a triplex on Hubert Avenue. Firefighters said they arrived to find the center unit completely engulfed in flames.

Heather Greco told Action News she was woken up Thursday morning around 1:30 a.m. by another neighbor who said the middle unit was doused in gasoline.

Greco said she called 911, and when the fire marshal arrived, they found no immediate hazard involving gasoline but did discover the triplex was without a fire extinguisher. The firefighter told Greco they would return with the extinguisher in the morning, but she said she never saw them again.

She said she decided not to go to work to protect her dog and be with her one-year-old daughter. Friday morning, she woke up to the smell of smoke and quickly escaped the fire.

Fire Inspector Andy Isolano said the center unit was destroyed and the other two units sustained some fire and smoke damage.

Isolano said the fire marshal had not smelled gasoline on their visit to the complex the night before, but had advised the two neighbors to leave to be safe. He said the neighbors claimed they had nowhere to go.