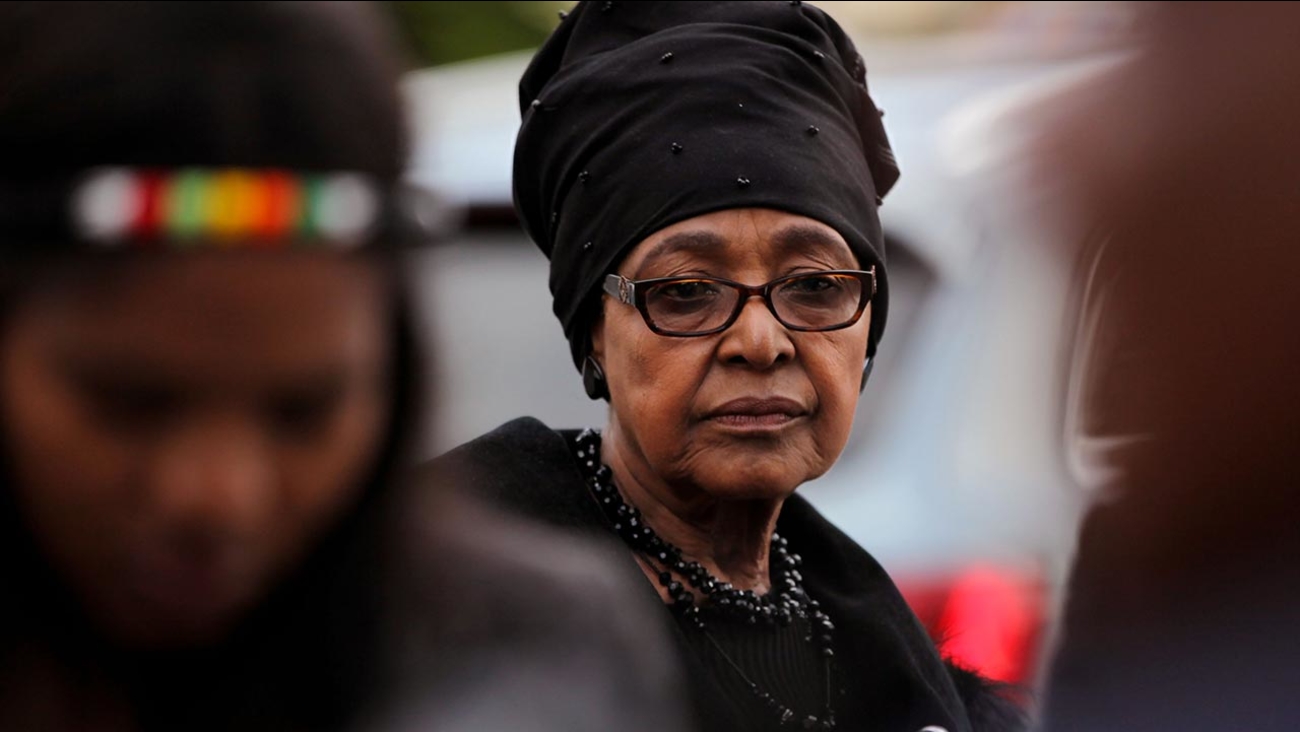 JOHANNESBURG -- Winnie Madikizela-Mandela, prominent anti-apartheid activist and the ex-wife of Nelson Mandela, died in a hospital on Monday after a long illness, her family said Monday. She was 81.

"She succumbed peacefully in the early hours of Monday afternoon surrounded by her family and loved ones," the family said in a statement.

Madikizela-Mandela was married to Mandela from 1958 to 1996. Mandela, who died in 2013, was imprisoned throughout most of their marriage and Madikizela-Mandela's own activism against white minority rule led to her being imprisoned for months and placed under house arrest for years.

"She kept the memory of her imprisoned husband Nelson Mandela alive during his years on Robben Island and helped give the struggle for justice in South Africa one its most recognizable faces," the family said.

"She dedicated most of her adult life to the cause of the people and for this was known far and wide as the Mother Of The Nation," it said.

However, Madikizela-Mandela's political activism was marred by her conviction in 1991 for kidnapping and assault, for which she was fined. She faced these allegations again during the 1997 hearings before the Truth and Reconciliation Commission, a panel that investigated apartheid-era crimes.

As a parliamentarian after South Africa's first all-race elections, she was convicted of fraud.

Madikizela-Mandela had been in and out of the hospital since the start of the year, according to her family. It said it will release details of her memorial and funeral services when they are finalized.
Report a correction or typo
Related topics:
u.s. & world
Copyright © 2021 by The Associated Press. All Rights Reserved.
TOP STORIES
Fresno City Council decides fate of 5 proposed cannabis dispensaries
Merced recycling center owner arrested for stolen property, police say
Domestic violence suspect arrested in Clovis, police say
Suspected diesel fuel theft leads to shootout in Fresno Co.: Deputies
Multiple dogs found in garbage bag at Fresno County park
Criminal charges 'on the table' in deadly shooting on 'Rust' set: DA
Brothers describe boy's beating death in their family home
Show More
California's unemployment fraud reaches at least $20 billion
Good Sports: Mural to honor dominant Exeter football team from 1920s
Restaurants getting creative to keep menu prices down for customers
Couple arrested after shot fired at driver during road rage incident
Crews had to stop fixing roof at Fresno apartments due to no permit
More TOP STORIES News