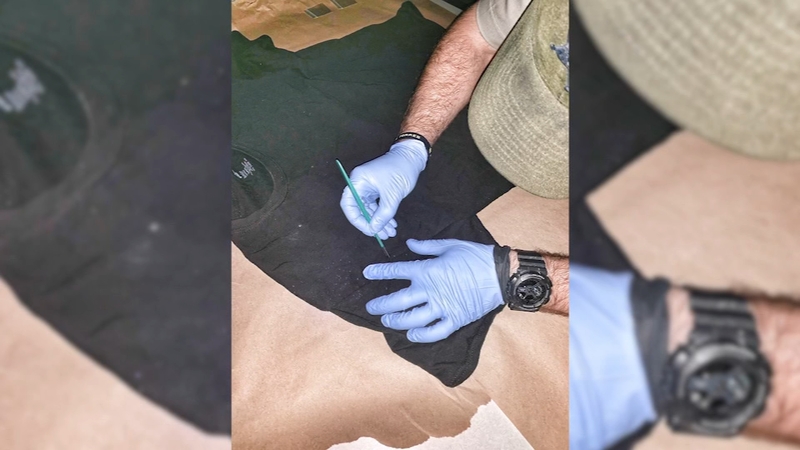 MADERA COUNTY, Calif. (KFSN) -- Madera County Sheriff's deputies have three suspects behind bars for agriculture thefts, and its thanks to new crime-fighting technology.

This is the first arrest made in the County using Smartwater CSI.

The farmer we spoke with says he's been a target over and over again by criminals.

He's recently installed cameras but says it was traces of Smartwater technology found on the suspect that helped catch him red-handed.

You may not see it, but he applied Smartwater to this pump on his property after being targeted by criminals at least half a dozen times.

On Monday just before noon, he says a truck pulled up to their driveway while his wife was home and cameras were watching.

In the video, you see one of the suspects look at the pump, no idea that it's covered in Smartwater.

"I had a considerable amount since I knew that was a target, it didn't take much," said Meisner.

A blue truck is later seen leaving the home.

Investigators later tracked down Diego Garcia and tested his clothes for traces of the technology.

"We did inspect his shirt and there was SmartWater on it, and it appears there," said Jay Varney with the Madera Co. Sheriff's Office.

The technology was introduced to the County a year ago, and Michael Naido with the Madera County Farm Bureau says they have about 50 people signed up for the product.

Folks can brush some of the liquid onto their property, and deputies can trace it back to its owner if any of it stolen and later recovered.

"The theft problem is constant. If you're able to deter it, if enough people start using it, it's a deterrent," said Naido.