The son of New Jersey federal judge Esther Salas was killed, and her husband was shot at their home in North Brunswick, sources tell ABC News.
WABC
By Eyewitness News 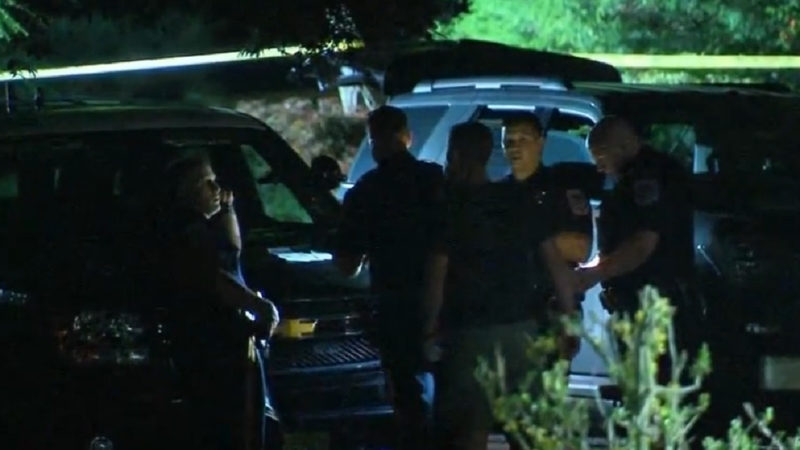 NORTH BRUNSWICK, New Jersey -- The son of New Jersey federal judge Esther Salas was killed, and her husband was wounded in a shooting at their home in North Brunswick on Sunday, sources tell ABC News.

Judge Salas, the first Latina to serve on the federal bench in New Jersey, was not hurt. It is not clear who was the intended target.

Investigators say someone dressed as a FedEx driver arrived at the family home around 5 p.m. Sunday, according to law enforcement sources. Salas' son opened the door and was immediately shot. Her husband was then shot multiple times.

Mayor Womack said Salas was home at the time of the shooting, but was in another area of the house.

The investigation is being led by the FBI. The New Jersey State Police, North Brunswick Police and the Middlesex County Prosecutor's Office are also involved.

The FBI released a statement Sunday night saying, "The FBI is investigating a shooting that occurred at the home of Judge Esther Salas in North Brunswick Township, New Jersey earlier this evening, July 19. We are looking for one subject and ask that anyone who thinks they may have relevant information please call FBI Newark at 973-792-3001. We are working closely with our state and local partners and will provide additional updates when available."

Judge Salas has received threats in the past, sources say.

Authorities are investigating whether there is any connection between those prior threats and the shooting or whether it involved the husband's work as a criminal defense attorney.
Report a correction or typo
Related topics:
judgeshooting
Copyright © 2022 WABC-TV. All Rights Reserved.
TOP STORIES
DA to pursue death penalty against 3 accused in Fresno mass shooting
1 killed, 3 injured in crash on Highway 41 in Fresno County
Esmeralda Soria announces run for CA State Assembly
CA proposal would let older kids get vaccines without parents' consent
CHP: 1 in critical condition after being hit by car in central Fresno
Laundrie claimed responsibility for Petito's death in notebook: FBI
Fresno man accused of killing dog pleads not guilty
Show More
Kamala Harris to discuss wildfire recovery efforts during SoCal visit
Multiple people displaced after house fire in SE Fresno
Parlier police searching for missing 16-year-old girl
Fresno's restaurant week kicks off this weekend
Half a million hospital gowns left outside in another PPE mishap
More TOP STORIES News