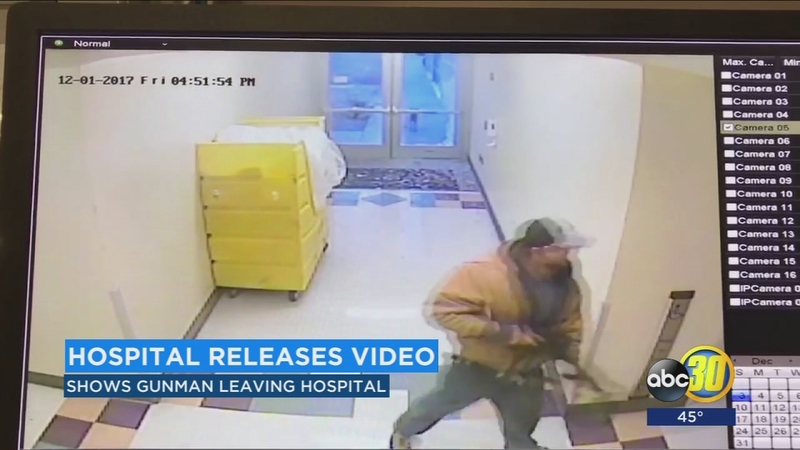 BAKERSFIELD, Calif. (KFSN) -- New surveillance video has been released from a Bakersfield Heart Hospital showing the moment a gunman shoots into the hospital through a window and goes inside.
RELATED: Police shoot gunman at Bakersfield hospital, no one else hurt

Officials say when 44-year-old Brandon Clark entered the building he began pointing the rifle at employees.

Clark was later shot by police after he was confronted by a security guard and walked outside the building.

Officials say he is listed in critical condition but they have not released any information on a motive.