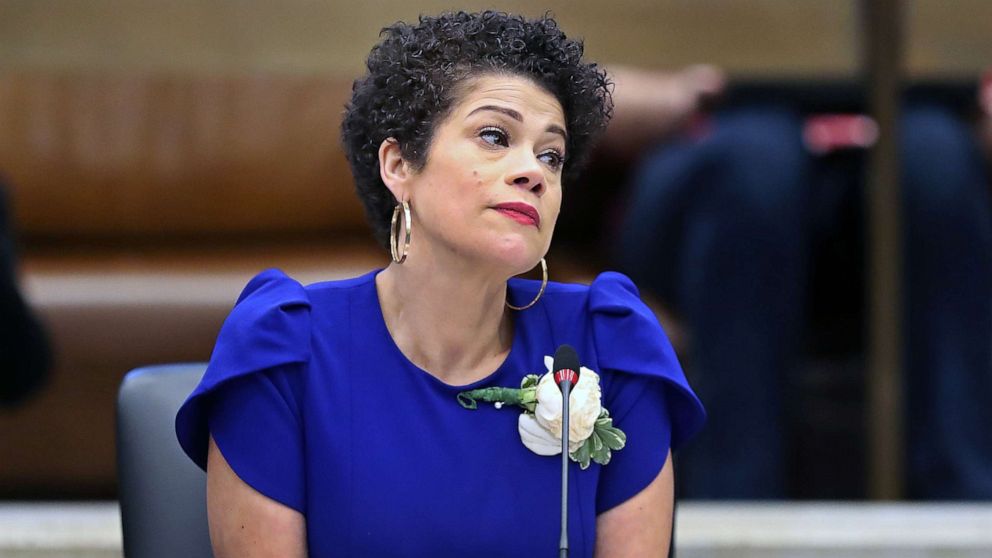 ABCNews
By CHRISTINA CARREGA
A Massachusetts city councilwoman was sworn in earlier this month as the first Afro-Latina and immigrant in that position the state's history. After less than two weeks on the job, Julia Mejia said she received an anonymous voicemail littered with intimidating, racist innuendos apparently because of a proposition she announced to create sanctuary safe spaces in Boston.

"You're really something. What a, what a great way to start, eh? Aiding and abating criminals. The very fact that they are illegal they are breaking the law," said the caller in the five-minute message to Mejia.

Two days before Mejia received the audio on Jan. 17, she proposed her first order of business as a newly-elected councilmember, which was to hold a public hearing regarding her proposal to create sanctuary locations for undocumented students.

"I am proposing sanctuary safe spaces and this is near and dear to me because I work with a lot of families that are still undocumented and my mom as you know was undocumented at one point, but now she is a super voter so you can't mess with her either," Mejia said in a social media video commenting on the threatening voicemail.

At the age of 5, Mejia and her family immigrated to the United States from the Dominican Republic and she later became a naturalized citizen.

Her recent proposal stemmed from an ongoing lawsuit filed on behalf of a local civil rights group against Boston Public Schools that accuses the administration of sharing information about undocumented student with an organization that indirectly works with law enforcement agencies like Immigration and Customs Enforcement (ICE), according to MassLive.

"I received a voicemail on January 17th that was all too familiar to myself and those in the immigrant community," wrote Mejia as a caption on her Twitter post with a link to the video. "I will not be intimidated by these words of hate, but rather use this as a way to speak up for others who have received this bullying."

The caller, whose apparent New England accent was heard towards the end of the message, called Mejia names from a criminal, leach, fascist and communist as well as attacked her mother for "coming over here illegally."

"I'm calling the president's office today. He better do something about people like you in the Boston city council and if he doesn't, he won't get reelected," the caller said adding a message to President Donald Trump. "It's either put up or shut up Mr. President and send ICE into Boston and you [Mejia] should be the first one arrested. You [Mejia] should be put in handcuffs and deported."

Mejia used the audio of the caller's voicemail as a backdrop to a slideshow of photographs and videos of herself and her family as well as images of a historical protest featuring Dr. Martin Luther King Jr.

"And guess what? We are American too and we are not going anywhere," said Mejia in the video, "I'm not calling you out. I'm calling you into this conversation. Join me."

Mejia is the third woman of color that's a public official in the United States to recently expose racist messages they said they receive almost daily.