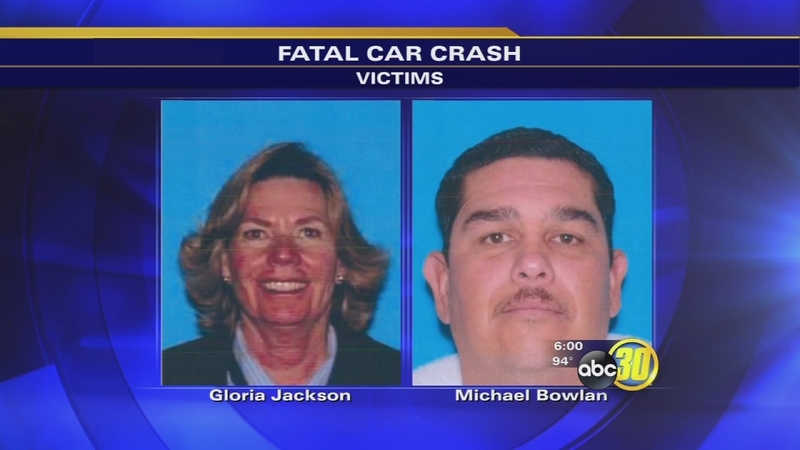 AHWAHNEE, Calif. (KFSN) -- A postal worker based out of Ahwahnee was killed in a head-on collision while driving home from work in North Fork Thursday night. The driver of the other vehicle also died. The car crash happened in North Fork near the intersection of Road 200 and Road 221.

In a quaint post office off a country road sits a memorial where a postal worker once worked for 13 years.

Former postal worker Gloria Jackson was 60-years-old when she died in a head on-collision Thursday. Michael Bowlan, 36, was the driver of the other car and also died. He was allegedly driving erratically at high speeds before coming around this sharp corner and hitting Jackson. Postmaster Patricia Kascht worked closely with the victim.

"We're all like a family, we're all very close. We're all very involved you know in each other's lives. That's the way it is when you work in a small office," said Kascht.

CHP investigators are waiting for toxicology reports to see if Bowlan was drinking or under the influence of drugs. At this point they don't know why the crash happened but witnesses say Bowlan crossed the double yellow line and hit Jackson. She was on her way home from the Bass Lake post office where she was filling in.