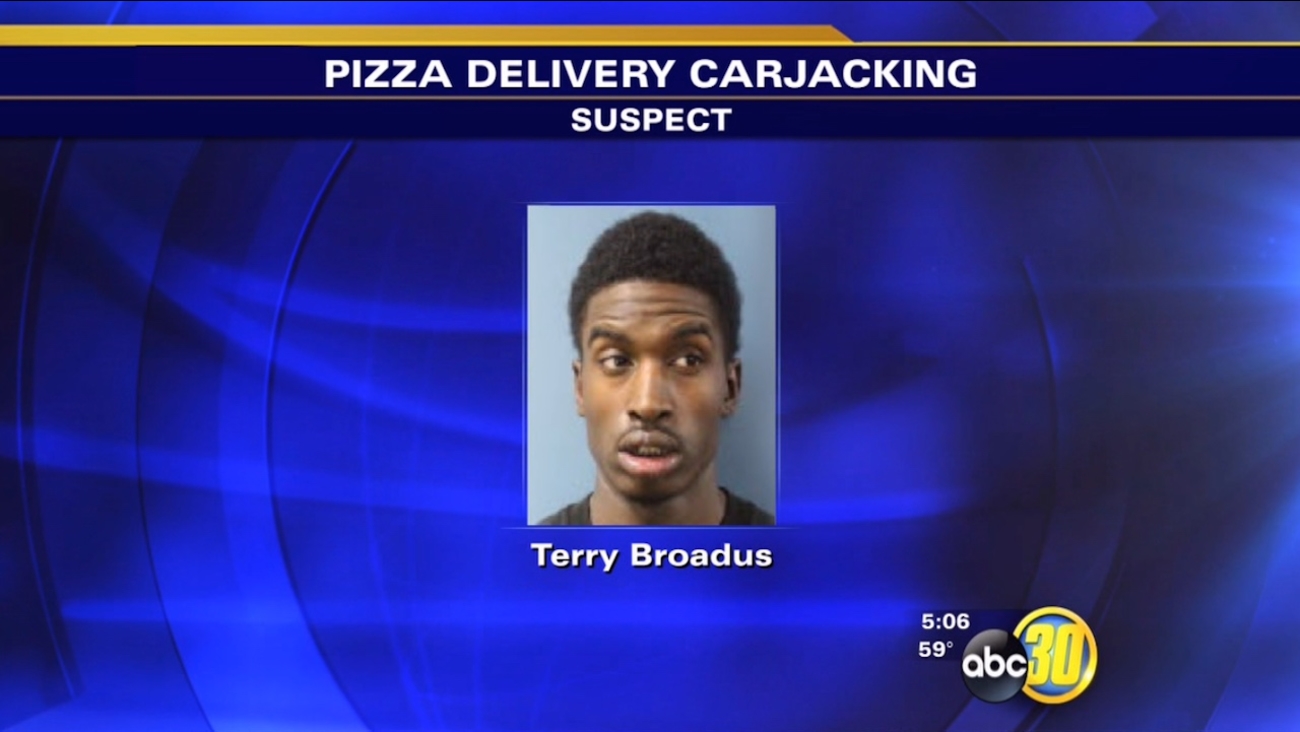 KFSN
VISALIA, Calif. (KFSN) -- Police in the South Valley have arrested a suspect and are looking for a second one in connection with the carjacking of a pizza delivery driver.

Police say last week, Broadus and his roommate ordered a pizza to their apartment near Central Street and Tulare Avenue. When the delivery man got there, detectives say the suspects pulled out a gun then drove off with the man's car, his money and several pizzas. Visalia police haven't released the name of the second suspect.

Anyone with information on this case is asked to contact the Visalia Police Department at (559) 734-8117.