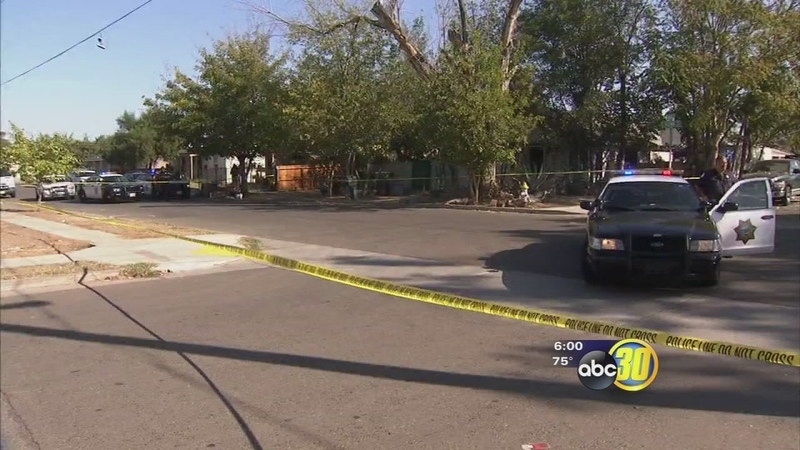 FRESNO, Calif. (KFSN) -- Fresno police say, one man is dead and another is recovering from his injuries. But some people are questioning if investigators did everything they could for the man who died.

Near the intersection of Vassar and Glenn the markings of a recent shooting cover the block. "We did locate about forty shell casings in that field. So we know there was a significant number of shots fired," said Chief Jerry Dyer, Fresno Police Department.

Just before 11 p.m. on Saturday, police say two suspects opened fire on the victims. "They ran from the location. Perhaps in different directions. We were not sure where the second victim went to," Chief Dyer explained.

Raul Torres was outside on his driveway when he heard about twenty shots. The victim who survived ran to Torres' house to hide. But the other victim, Torres says, ended up at the corner house. "I see him roll down and stumble."

Torres says once police showed up he told them where to find the second victim. "We're trying to tell the cops that there was somebody else shot right around here, near one of those fences, and he might be in one of those houses."

Chief Dyer says they exhausted all resources looking for the victim, but, he wasn't found until Sunday morning. "We're trying to determine a number of things. Not only who is responsible for the shooting, but, if in fact we did everything we could to locate the individual that was killed."

Torres believes investigators didn't look hard enough. He says officers walked up to them, telling them to move back as he tries to signal where the victim is.

Now police are asking for more witnesses to come forward with information.