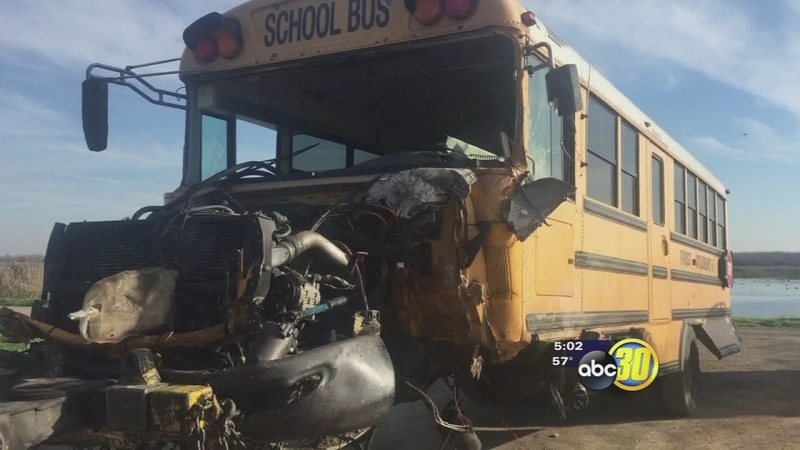 FRESNO, California (KFSN) -- A school bus smashed while a crushed van was towed away-- this was the scene hours after both vehicles collided, leaving a Stockton man dead.

Crews swept fluid and debris from the site as a portion of the highway remained closed for more than an hour.

Los Banos CHP said the call came in at around 6:00 Friday morning.

Emehiser said the SUV was traveling toward the direction of Stevenson when it suddenly turned onto the opposite lane, crashing into the school bus head on. He said, unfortunately, the driver of the van died on scene.

"Anytime there's loss of life, it is traumatic for our department and the officers investigating the collision, so our condolences are out to the families involved," said Emehiser.

Emehiser said thankfully, there were no kids on the bus.

"With a school bus involved, and someone losing their life-- it's really sad," said Rolando Santos, driver.

CHP said the bus was from the company First Student-- the driver, Kevin Neal, was taken to a nearby hospital for his injuries.

We spoke to the bus company over the phone and they could not say where the bus was coming from, or where it was going, but they do say the driver has been with the company for three years, and has not gotten any tickets.

The company is currently working with CHP as they continue to investigate why the car made that deadly turn into the opposite lane.