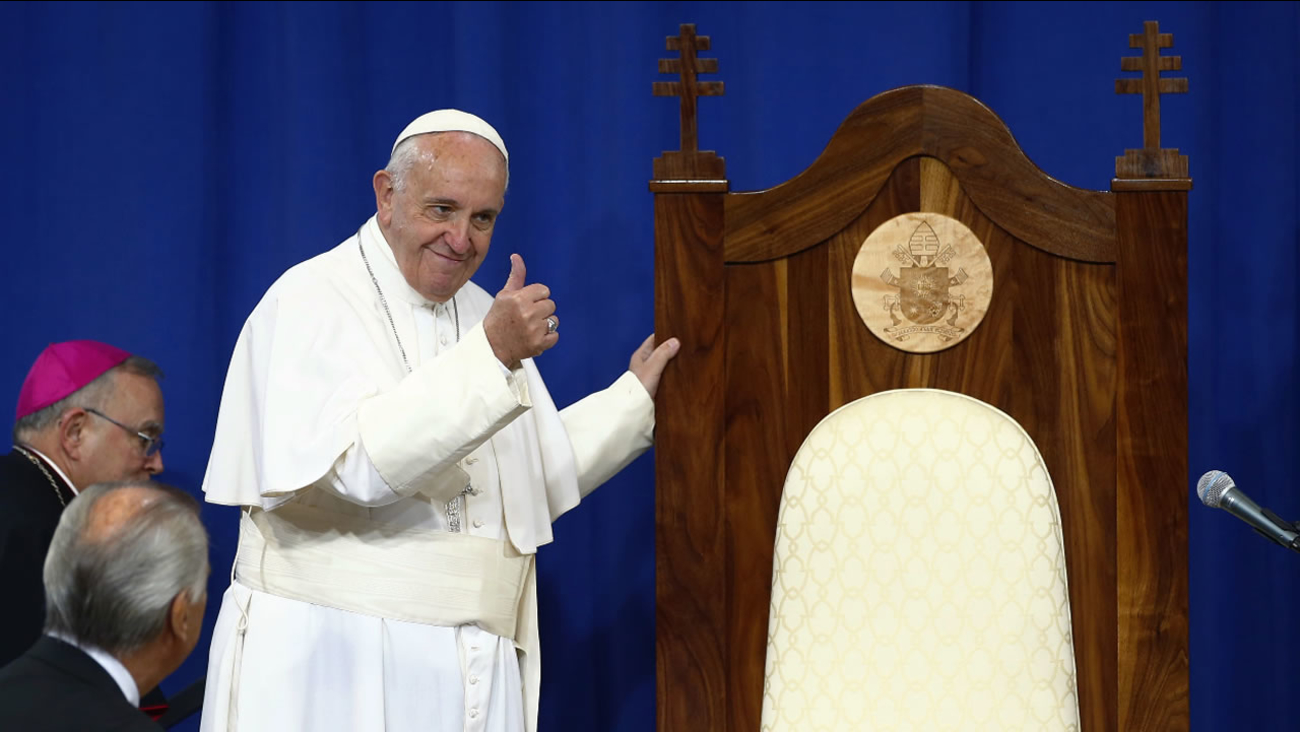 Pope Francis gestures to inmates next to a wooden chair made for him by inmates during his visit to Curran-Fromhold Correctional Facility in Philadelphia, Sunday, Sept. 27, 2015. (Tony Gentile/Pool Photo via AP)

PHILADELPHIA -- It's been a busy day for Pope Francis on his last day in the United States and there's more to come. Pope Francis met with 100 inmates in the largest prison in Philadelphia on the final day of his U.S. tour. and is holding an open-air Mass at Benjamin Franklin Parkway for thousands of people.

Earlier Sunday morning, the pope addressed a gathering of bishops at the Saint Charles Borromeo Seminary.

Before his speech, the Holy Father visited with five victims of sexual abuse, three women and two men, who were victims of priests, relatives or teachers.

The open air Mass, however, is the highlight of his six-day visit.

There are currently 24 security checkpoints in Philadelphia - police, soldiers and secret service - all trying to keep the pope safe but are they are also keeping the people away from the pope?

Affel had a ticket but still couldn't get in after they closed down the checkpoint.

More than a million people were predicted for the pope's Mass, the faithful hoping for a blessing.

We're learning more about the image that moved so many. Michael's father, the director of the high school band greeting the pope, just wanted his son to be in his presence.

VIDEO: Pope blesses boy in wheelchair upon arrival in Philadelphia 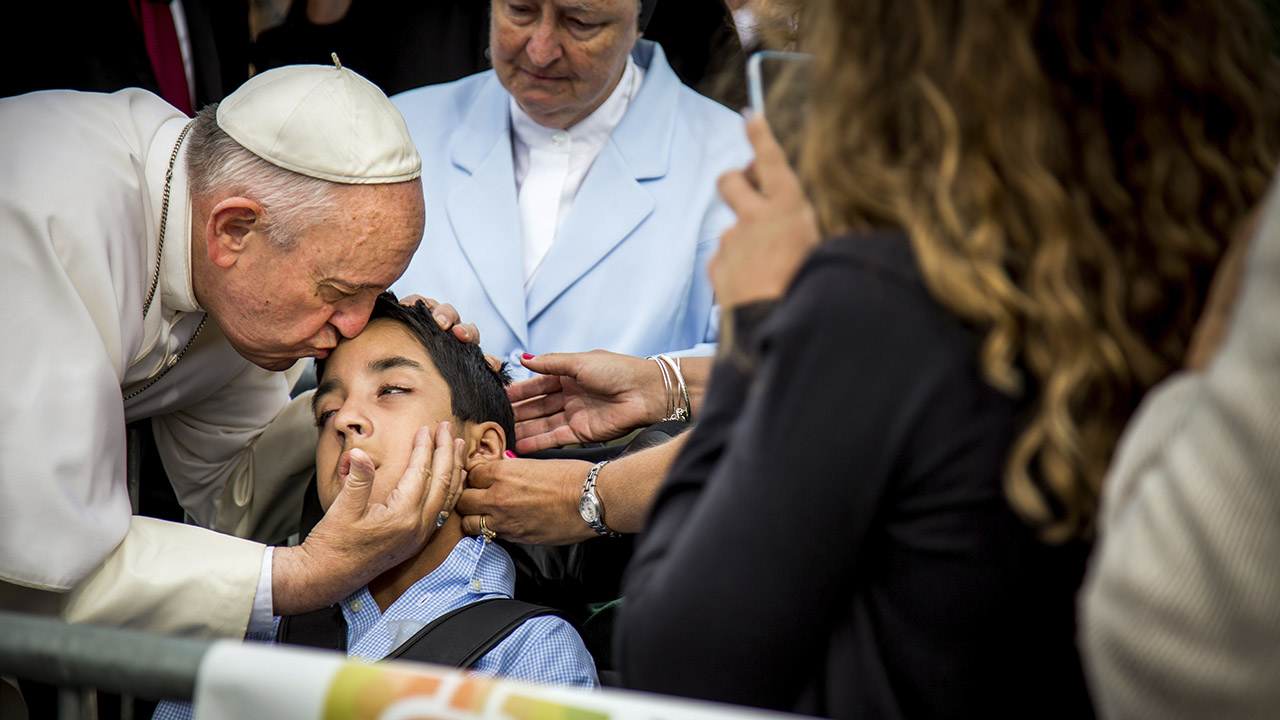 VIDEO: Pope Francis stops to bless boy
Pope Francis made an unexpected stop as he was leaving the airport in Philadelphia Saturday morning to bless a boy in a wheelchair.

"Never thought this would ever, could ever happen," father Chuck Keating said.

"I was crying happy tears and I just feel so inspired," mother Kristin said.

The inspiration is continuing on Sunday, prioritizing prisoners during Pope Francis' last day in the U.S.

He arrived at the Curran-Fromhold Correctional Facility to visit with inmates and their families. 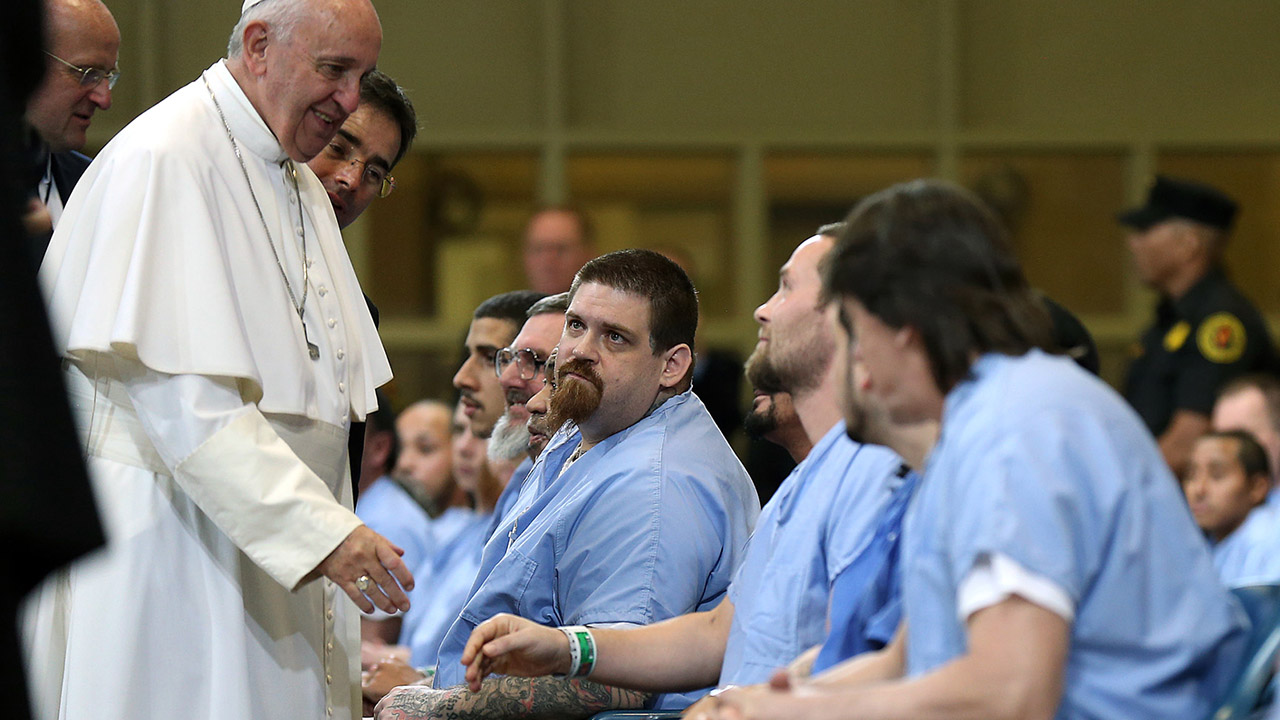 VIDEO: Pope Francis addresses inmates at Philadelphia prison
Read the full text of Pope Francis' speech to prisoners at Curran-Fromhold Correctional Facility near Philadelphia.
After an epic celebration Saturday night, the 78-year-old pontiff is ready to do it all over again.
Mass will take place on the Benjamin Franklin Parkway at 4 p.m. ET. There will be workers transforming the stage into an outdoor cathedral, where a million people are expected to gather. 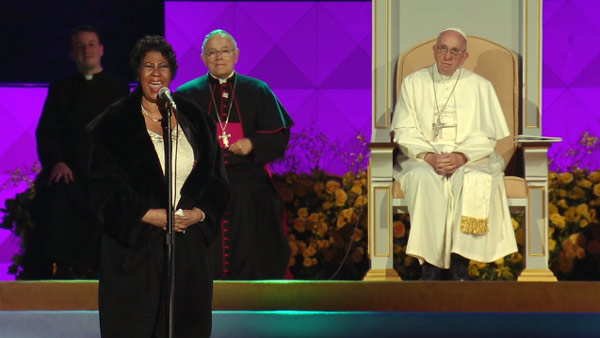 Click here for full coverage on Pope Francis' historic visit to the U.S. 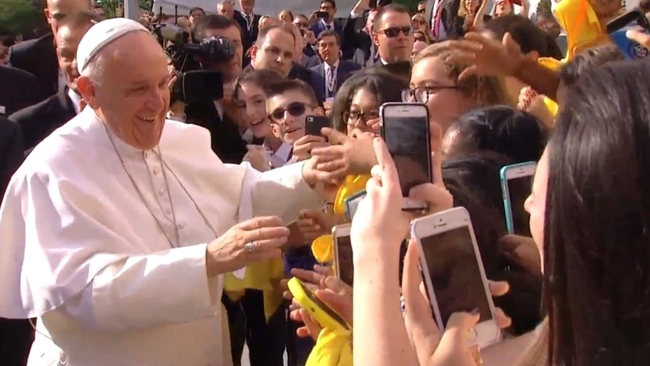 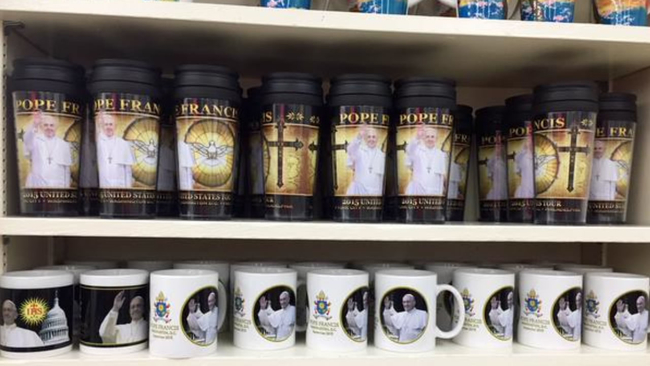 Family of boy blessed by pope overwhelmed by fundraiser response

11 reasons why Pope Francis is welcome back to the U.S. anytime