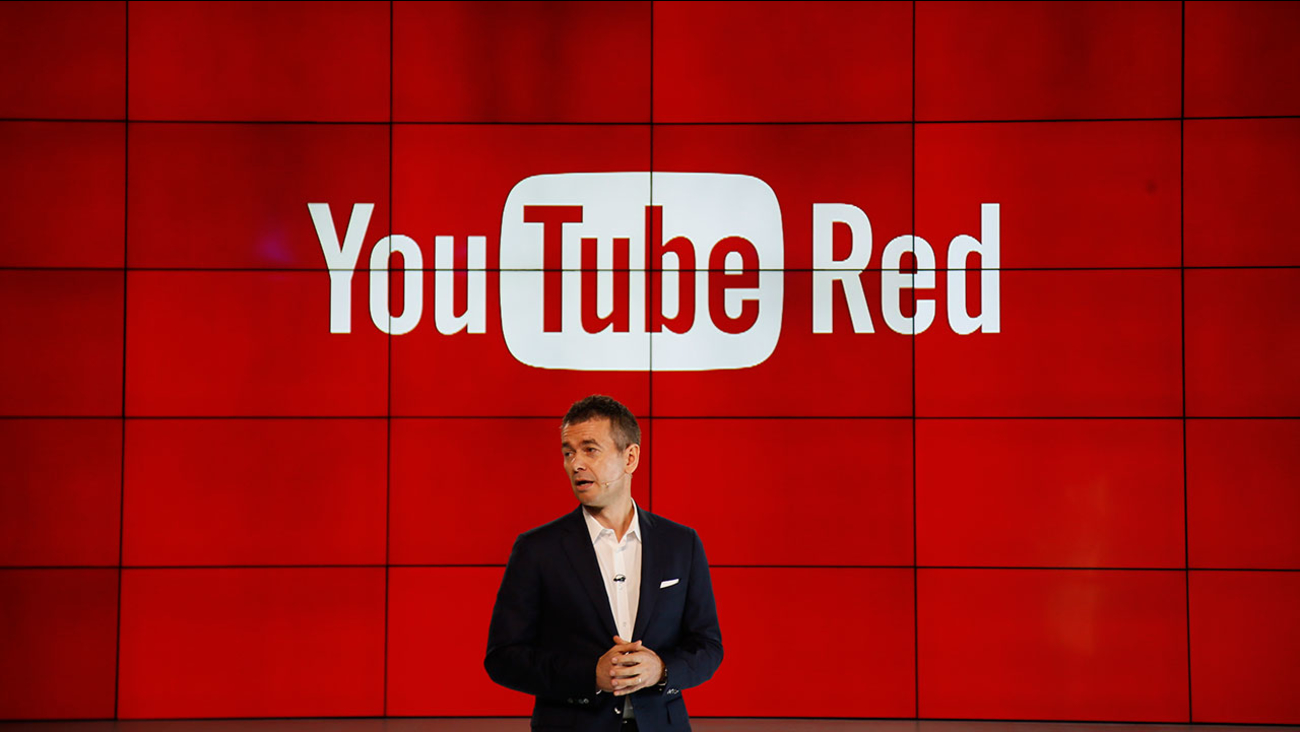 Red builds on Google's existing music streaming service by providing ad-free access to YouTube programming, along with features such as the ability to download videos to mobile devices and have music playing in the background while using other mobile apps.

Current subscribers to the Google Play Music service, which also costs $10 a month, will also get access to Red.

"It's a major, major evolution of our platform," YouTube's chief business officer, Robert Kyncl, told journalists at an event at its studio space in Los Angeles.

Red targets YouTube fans who want to skip ads, while giving them a chance to pass along some cash to their favorite video creators, who'll share in the new revenues. It comes as streaming services like Hulu, Pandora, Spotify and TuneIn offer ad-free as a paid option.

The plan, which launches Oct. 28, includes exclusive access to new videos launching next year as well as the YouTube Music Key service - to be called YouTube Music after it launches later this year - for music videos and songs.

The original videos will range in length from a few minutes to feature-length movies and come from established YouTube stars such as the Fine Brothers, who are creating a scripted 10-episode series about a singing competition show called "Sing It" and a reality series co-created by the makers of "The Walking Dead" called "Scare PewDiePie."

A subscription will eliminate ads from all YouTube services across devices and platforms except for the YouTube Kids app, which is operated separately.

Performer and comedian Lilly Singh said that while YouTube helped pay for the creation of a documentary of her world tour called "A Trip to Unicorn Island," the new service won't drastically change how she serves her fans.

"Is YouTube Red going to be the extreme make of my financial career? No," she said. "But that's not why I'm doing it. I'm doing it to give my viewers choice."

YouTube still intends for advertising revenue to remain its core business, and executives say they believe it could take a while for paid subscribers to grow significantly. Some original content will also be made available to non-subscribers later with ads.

Kyncl said the subscription will bolster YouTube's revenues and that of artists. He said YouTube's advertising revenues will not be hurt, given that the number of users switching to the new service won't likely make a dent in YouTube's billion-plus users.

"It wouldn't really impact the amount of eyeballs we're providing through our platform," he said.

The move comes amid a boom in consumer appetite for ad-free experiences.

And yet content providers are finding a way to make money from eliminating ads, too.

Internet radio giant Pandora Media Inc. made $54.6 million on subscription and other revenue in the quarter through June, mainly from its $5 a month ad-free plan, Pandora One. Its subscription revenue is growing faster than ad revenue itself.

Hulu launched a "No Commercials" plan in September for $4 more per month than its regular $8 subscription, and TuneIn added a premium tier for $8 a month in August that throws ad-free music together with audio books and sports play-by-play coverage.

Red could help boost the ranks of Google Play music subscribers, which stood at around 815,000 in the U.S. at the end of last December, according to royalty tracking firm Audiam.