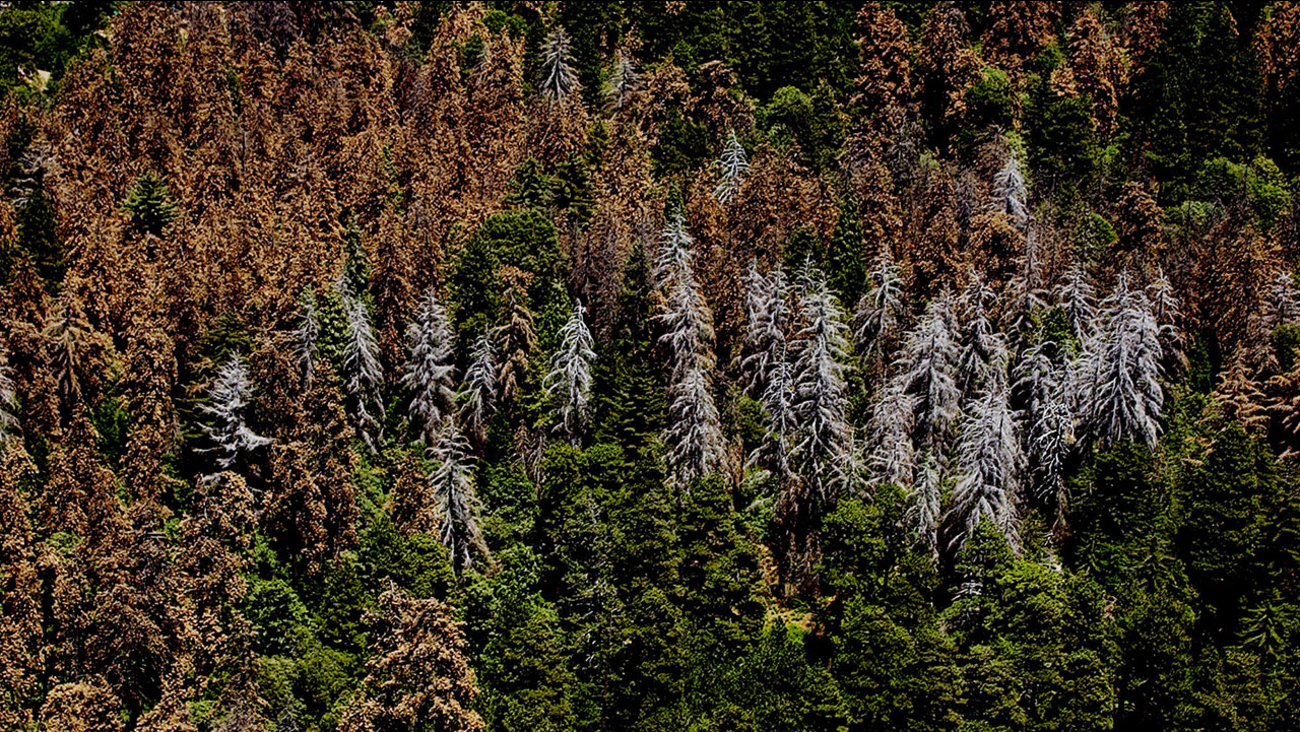 FILE: Hundreads of trees sit dead in the San Bernardino National Forest in California, due to drought and the Bark Beetle (Brett K. Snow, Pool)

FRESNO, Calif. (KFSN) -- Four years of drought and an infestation of bark beetles has caused an estimated 22 million trees to die in California, increasing the risk of wildfires, Brown said.

Governor Jerry Brown said he declared the state of emergency to seek federal help for the safe removal of dead and dying trees. The tree die-off is of such a scale that it significantly worsens wildfire risk in many areas of the state and presents life safety risks from falling trees to Californians living in rural, forested communities. Several counties have declared local state of emergencies due to this epidemic tree mortality.

"California is facing the worst epidemic of tree mortality in its modern history," said Governor Brown in a letter to U.S. Agriculture Secretary Tom Vilsack. "A crisis of this magnitude demands action on all fronts."

According to Brown, the drought has made trees in many regions of California susceptible to infestation by native bark beetles, which are normally constrained by the defense mechanisms of healthy trees.