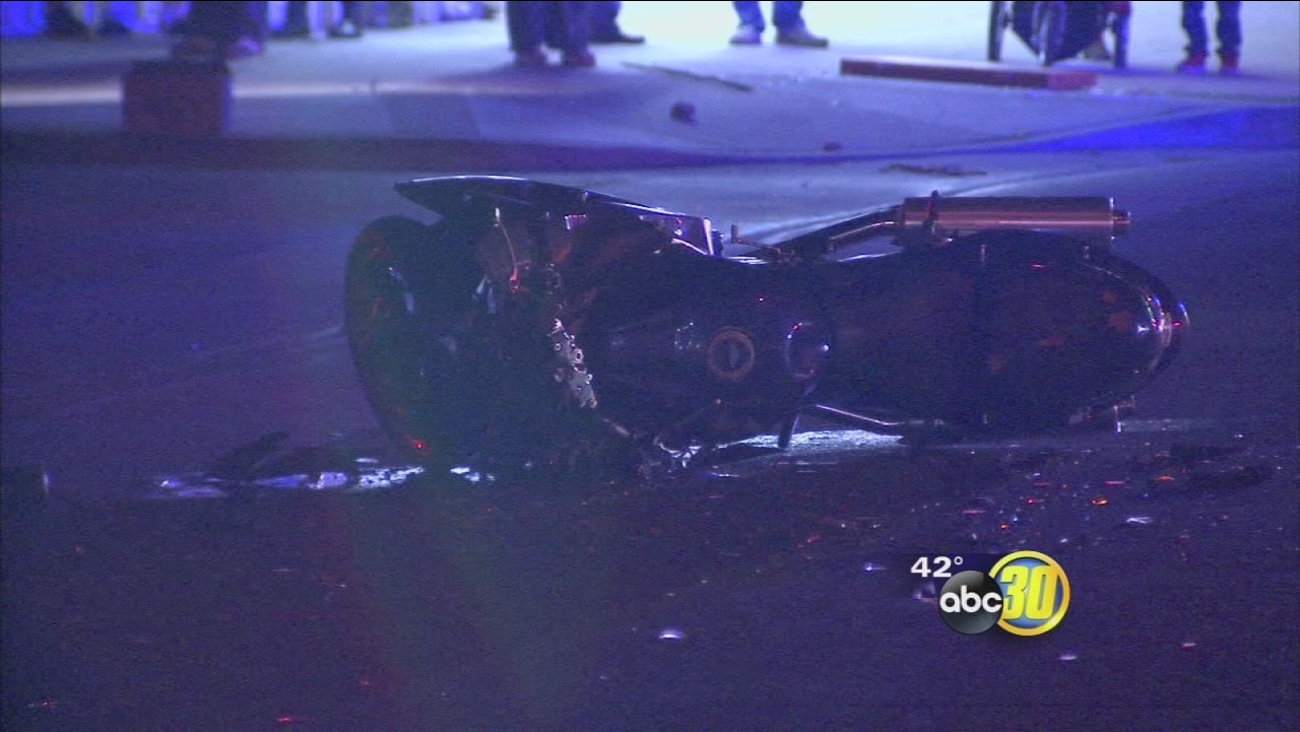 A motorcycle rider was seriously injured after crashing into an SUV in Downtown Fresno. (KFSN)

FRESNO, Calif. -- A motorcycle rider was seriously injured after crashing into an SUV in Downtown Fresno.

It happened around 7:00 Tuesday night near Tulare and B Streets. Officers said the motorcycle rider was traveling eastbound on Tulare when the driver of the SUV turned in front of him.

The rider was taken to the hospital with serious injuries.

The driver of the SUV originally left the scene to go to her home nearby, but she later returned.

She is co-operating with police and so far they are treating the case as a hit and run.
Related topics:
fresno downtownhit and runfresnohit and run accident
FRESNO