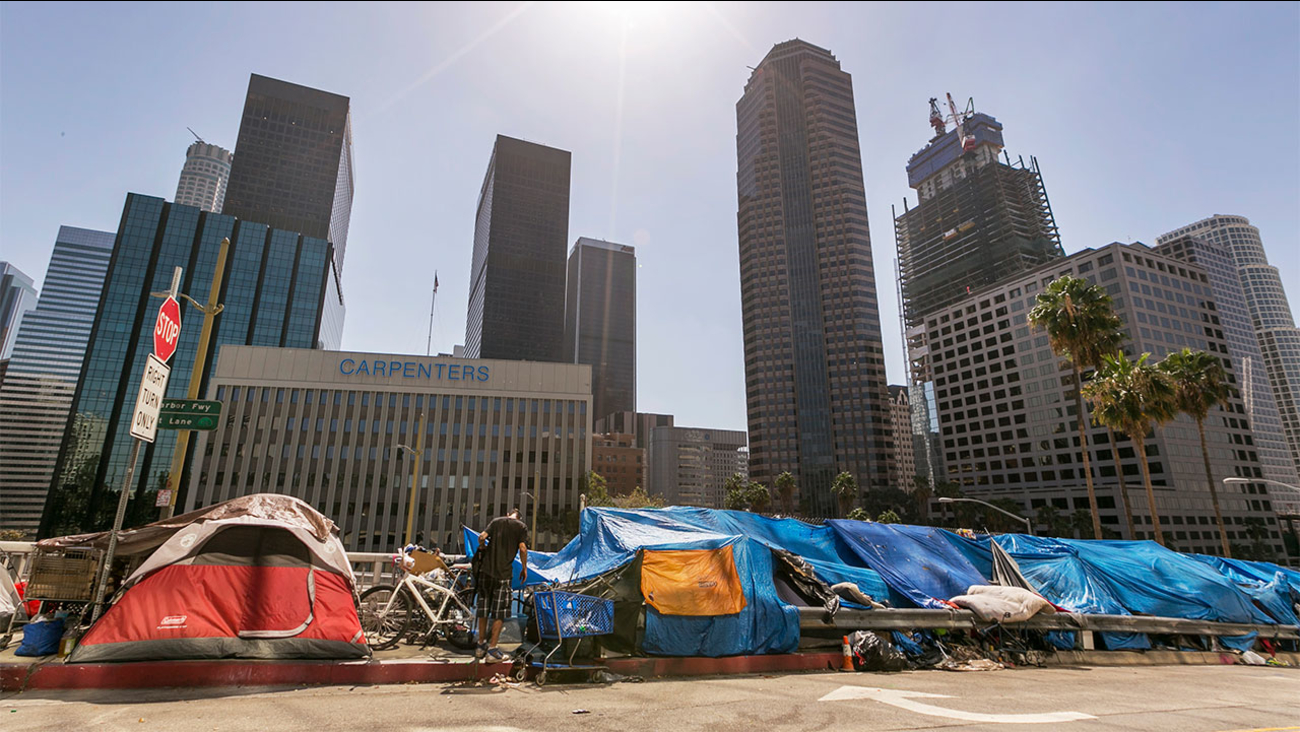 SACRAMENTO, Calif. -- California would spend more than $2 billion on permanent housing to help the nation's largest homeless population, under a proposal outlined by state senators on Monday.

The housing bond would be enough to help local governments construct more than 10,000 housing units, primarily for those with mental illness, when it's combined with other federal and local money, estimated Senate President Pro Tem Kevin de Leon, D-Los Angeles.

"It is despicable that in the richest state, that is the state of California, that just last night thousands of Californians laid their tired bodies on a sidewalk or on a cardboard," Sen. Ricardo Lara, D-Bell Gardens, said during a news conference broadcast from Los Angeles' Skid Row.

Homelessness has become a growing issue across the state.

Los Angeles' homeless population increased more than 10 percent in the last two years. The Los Angeles City Council declared a homelessness crisis in November as it prepared to change city ordinances to let people temporarily live in their cars and sleep on sidewalks. In October, the Los Angeles County Board of Supervisors declared a "shelter crisis" because of concerns that strong winter storms could flood homeless camped along riverbeds and storm drains.

Neighboring Orange County is buying a $4.25 million warehouse for a 200-bed homeless shelter.

In Sacramento, police have clashed in recent days with homeless camped outside City Hall to protest an ordinance prohibiting such urban camping.

The bond lawmakers proposed Monday would be repaid by redirecting money from Proposition 63, the 2004 ballot measure that added a 1 percent tax on incomes over $1 million to pay for mental health treatment.

The Senate proposal would target the housing money to chronically homeless persons with mental illness. More than 90 percent of the Proposition 63 money raised each year would continue to go to existing programs, supporters said.

Former Senate leader Darrell Steinberg, who authored the ballot measure, said the money would mostly fund multifamily complexes to house lower income workers as well as those currently on the streets. Even those whose mental illnesses make them reluctant to accept permanent housing can usually be persuaded to accept help though consistent, intensive outreach programs, he said.

Senators also want to use $200 million from the state's general fund over the next four years to provide rent subsidies and other shorter-term assistance while the permanent housing is built.

But he said the amount will have to be negotiated with the Assembly and with Democratic Gov. Jerry Brown, who presents his proposed budget on Thursday.

The Brown administration supports empowering local governments to address homelessness, poverty, and mental health issues and will take a close look at the Senate proposals, Deborah Hoffman, a spokeswoman for the governor, said in an email.

Details on distributing the housing money will also have to be worked out before the June budget deadline, de Leon said. However, he envisions a competitive grant program for local governments. With matching local and federal funds, he estimated the $2 billion could be leveraged into $5 billion or more worth of construction.

Sen. Holly Mitchell, D-Los Angeles, said California is following the lead of Utah and other areas that are using supportive housing to help the homeless mentally ill. New York City has a $2.6 billion plan to create 15,000 apartments to aid that population.

"First and foremost we have to stabilize them" before other services like mental health and drug treatment can be provided, de Leon said.
Related topics:
politicssacramentohomelesssacramentojerry browncalifornia
Copyright © 2020 by The Associated Press. All Rights Reserved.
CALIFORNIA