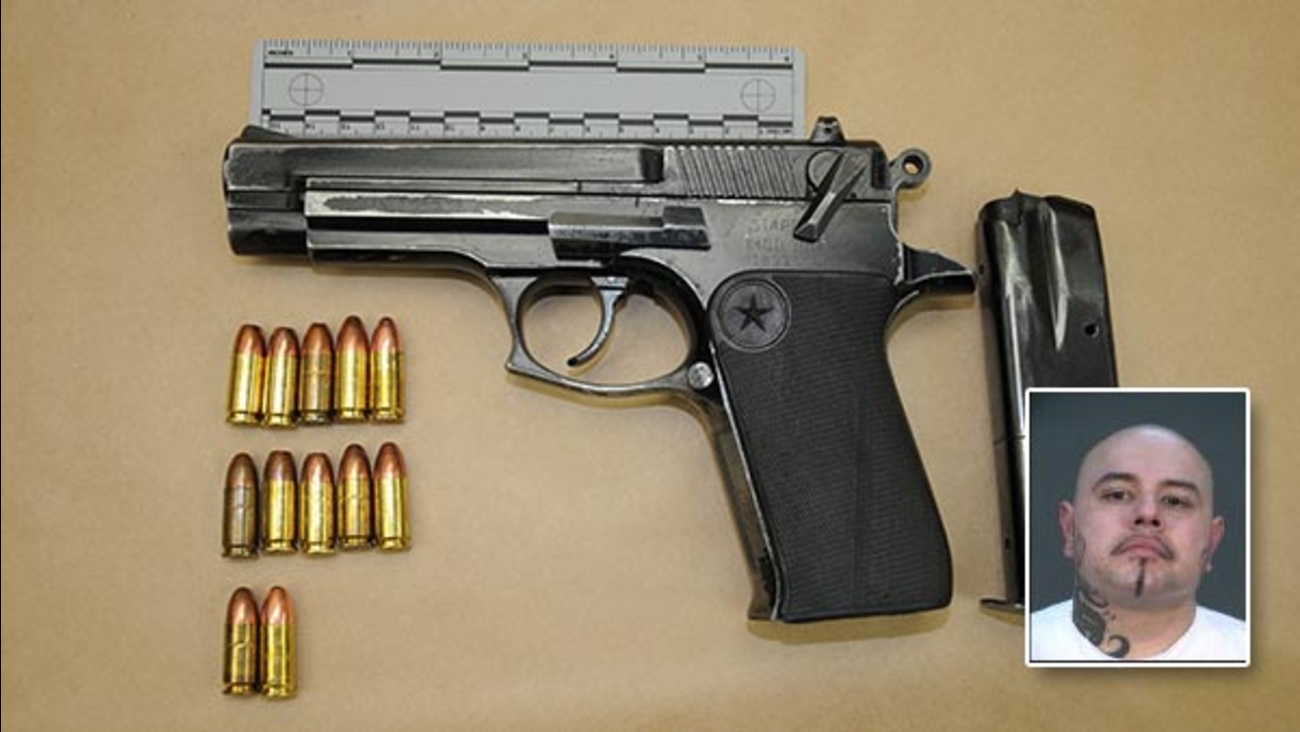 FRESNO, Calif. -- Jack in the Box employees in Southeast Fresno called police after a gang member ordered his food, paid, then passed out at the drive-thru window.

Police said when they arrived at the scene, self-admitted gang member Jesse Sandoval Gutierrez, 35, was slumped over in his pickup truck with a semi-automatic handgun next to him.