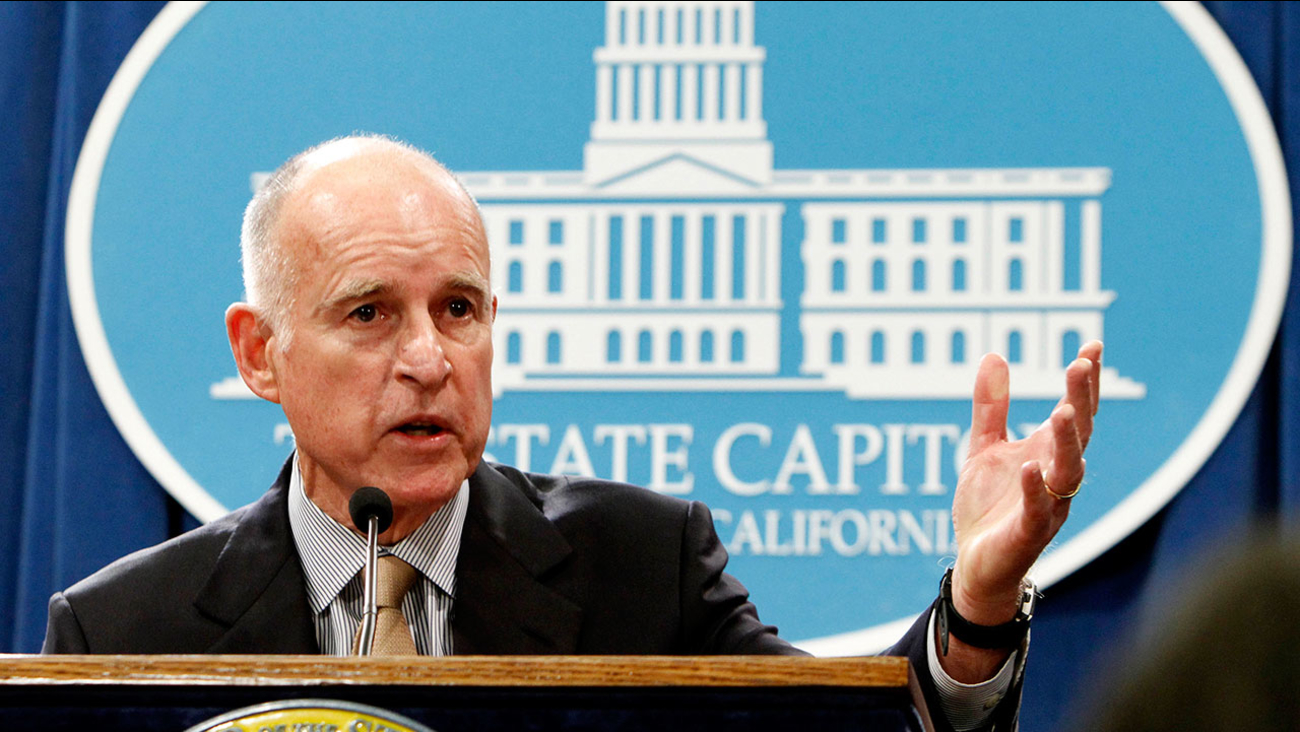 If California voters approve it in November, the measure would increase sentencing credits for inmates who complete rehabilitation programs, the Democratic governor said.

The proposal would also allow non-violent felons to seek parole after they have completed their base sentences and require judges instead of prosecutors to decide if juveniles as young as 14 should be tried in adult court.

"This affects thousands of inmates and it is significant," Brown said on a conference call, backed by law enforcement officials and a representative of the Catholic church where Brown was once a seminarian.

It would alter the framework he helped create when he was governor in the 1970s and 1980s, one that he said has become too "mechanical" with rigidly prescribed sentences and a "crazy quilt of many different credits" that help determine when inmates are released into society.

The current system has produced unintended consequences, he said, including the removal of incentives for inmates to improve themselves.

California currently keeps "the wrong people incarcerated for the wrong period of time," said Beck. "I think that this will effectively open up bed space for those who richly deserve to be there."

Dumanis said the changes would encourage inmates to participate in rehabilitation programs that would make prisons and communities safer.

The governor, who is termed out of office in 2018, has $24 million in his campaign account that he can spend on political campaigns. Supporters will need to collect nearly 586,000 signatures to put it on the ballot.

Brown's plan would allow non-violent felons to seek parole after they have completed their base sentences, without enhancements for things such as gang involvement or firearms possession that can add years to a prison term. That is expected to make about 7,000 inmates immediately eligible for parole hearings, though officials said about 5,700 of those are already eligible under an existing federal court order.

Stanford Law professor Joan Petersilia said about 20,000 of the state's more than 127,000 inmates are currently serving time for drug or property crimes and are the most likely candidates for future releases.

"This is just totally different than what any other state is doing right now," she said in an email.

Some states are giving their parole boards more authority or considering sentencing commissions, but no other state has the complex add-on sentences for gun, gang and other enhancements that Brown's proposal addresses, she said.

"Our initiative process and legislative penalties has made the current determinate sentencing system totally unmanageable from an enhancement point of view," Petersilia said.

Brown's proposal also would require judges, instead of prosecutors, to decide if juveniles should be tried in adult court. Prosecutors sent nearly 500 juveniles to adult courts for trial in 2014, the most recent year for which data were available.

Human Rights Watch said California is one of 15 states that let prosecutors make the decision. Prosecutors have sent more than 7,000 juveniles to adult court since California voters approved the change in 2000.

Lizzie Buchen, an advocate with the reform group Californians United for a Responsible Budget, said Brown's proposal should also be applied to violent and serious offenders.

Brown said he considered including violent and serious felons, but "it became a nonstarter" in discussions with law enforcement officials.

The initiative that Brown is proposing would further reduce the state's prison population, which is under a cap ordered by a panel of three federal judges with backing from the U.S. Supreme Court.

The state is currently under the headcount limit thanks in part to voter-approved ballot measures that reduced penalties for career criminals and those convicted of certain drug and property crimes. But that population is expected to grow again, and the state is making do now by sending inmates to out-of-state prisons and keeping them in rundown facilities within California.

Lawmakers split on the proposal.

"Weakening the criminal justice system will only increase the victimization of California citizens," state Sen. Jim Nielsen, R-Gerber, who previously headed the state parole board, said in a statement.

But Sen. Loni Hancock, D-Berkeley, said Brown's proposal tracks a national movement to reduce mass incarceration and could free up funds for education, health care and other voter priorities.

"We've had a mammoth prison system sucking up the money that could go to those things," she said.