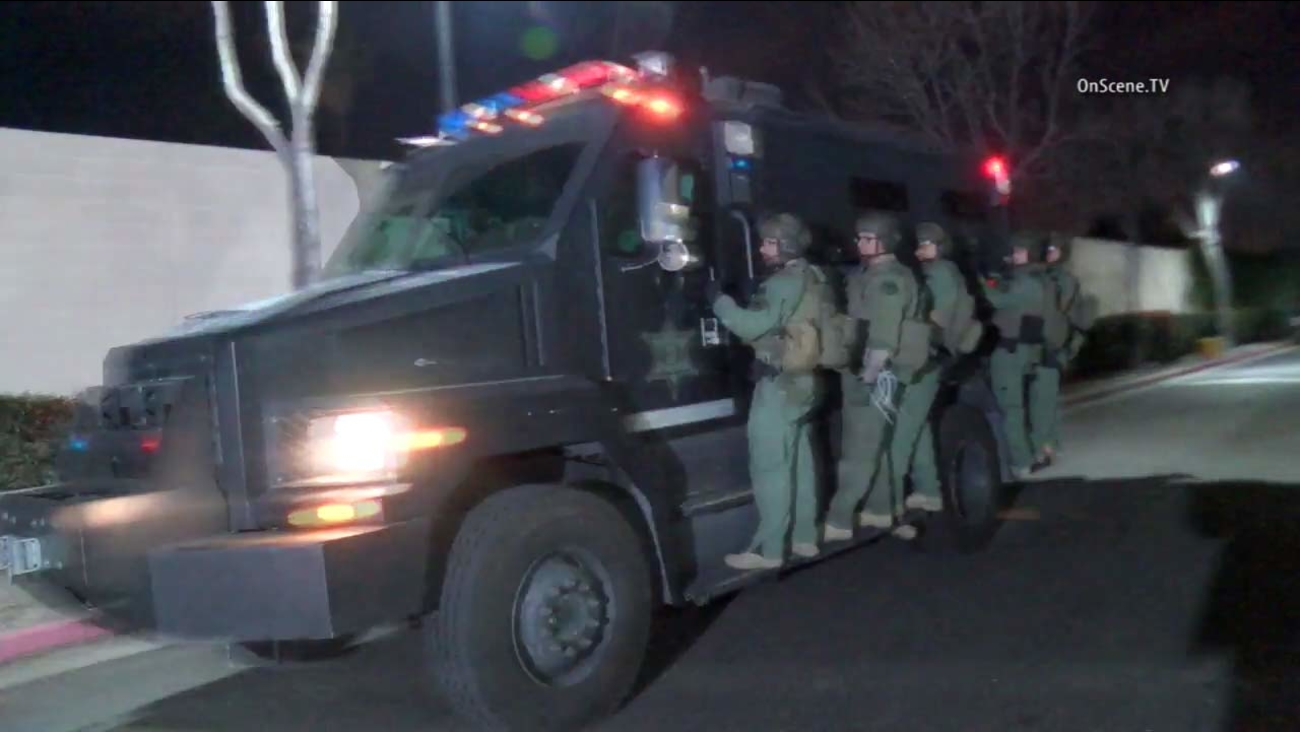 An Orange County SWAT unit rides on an armored vehicle during a raid on Thursday, Jan. 28, 2016. (OnScene.TV)

Both raids took place late Thursday night - one in the 8100 block of Westminster Avenue in Westminster and the other near Garden Grove Boulevard and Hoover Street in Garden Grove.

Sheriff's officials have not yet confirmed the two raids were connected to the search for the three escaped inmates, Jonathan Tieu, 20, Bac Duong, 43, and Hossein Nayeri, 37.

Thursday, the Orange County Sheriff's Department announced the arrest of 44-year-old Nooshafarin Ravaghi of Lake Forest in connection to the escape.

Authorities believe Ravaghi directly contributed to the escape of the inmates by providing planning tools, such as Google Maps of the facility, which helped the trio.

Ravaghi is currently employed by the Rancho Santiago Community College District as an English as a Second Language teacher, officials said. She had also worked as an ESL teacher for the jail.

Hallock said one of the escapees, Nayeri, attended several of Ravaghi's classes and authorities are investigating the extent of their relationship.

The three inmates broke out of prison last Friday using an elaborate plan that involved cutting through steel bars and plumbing tunnels, and rappelling down the jail's roof.

A private owner advertised the vehicle and Duong had responded to it, authorities said. He test drove the van, came back and at some point took off with it, OCSD Lt. Jeff Hallock said.

The license plate on the van is 8U66466, but Hallock said the plates may have been removed and replaced with yellow or green Felix Chevrolet paper plates. Authorities believe the three suspects are still together and may be living in the van.

Anyone with information on the inmates' whereabouts was urged to call the OCSD hotline at (714) 628-7085. Those wishing to remain anonymous may call OC Crime Stoppers at (855) 847-6227
Related topics:
santa anaorange countyinmatesmurderattempted murderkidnappingkidnapteacher arrestedjailcaliforniaescaped prisoner
Copyright © 2021 KABC-TV. All Rights Reserved.
RELATED 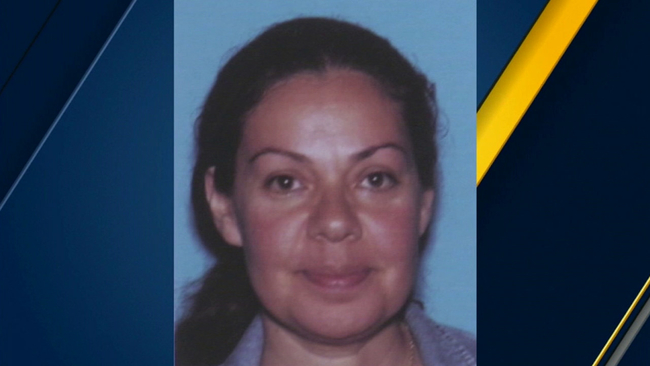 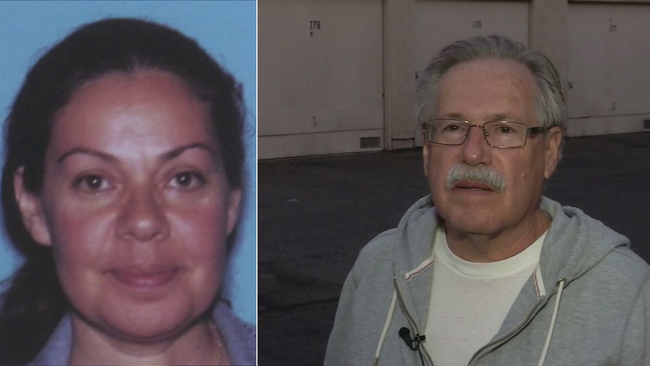 5 arrests made in connection with 3 OC escaped inmates