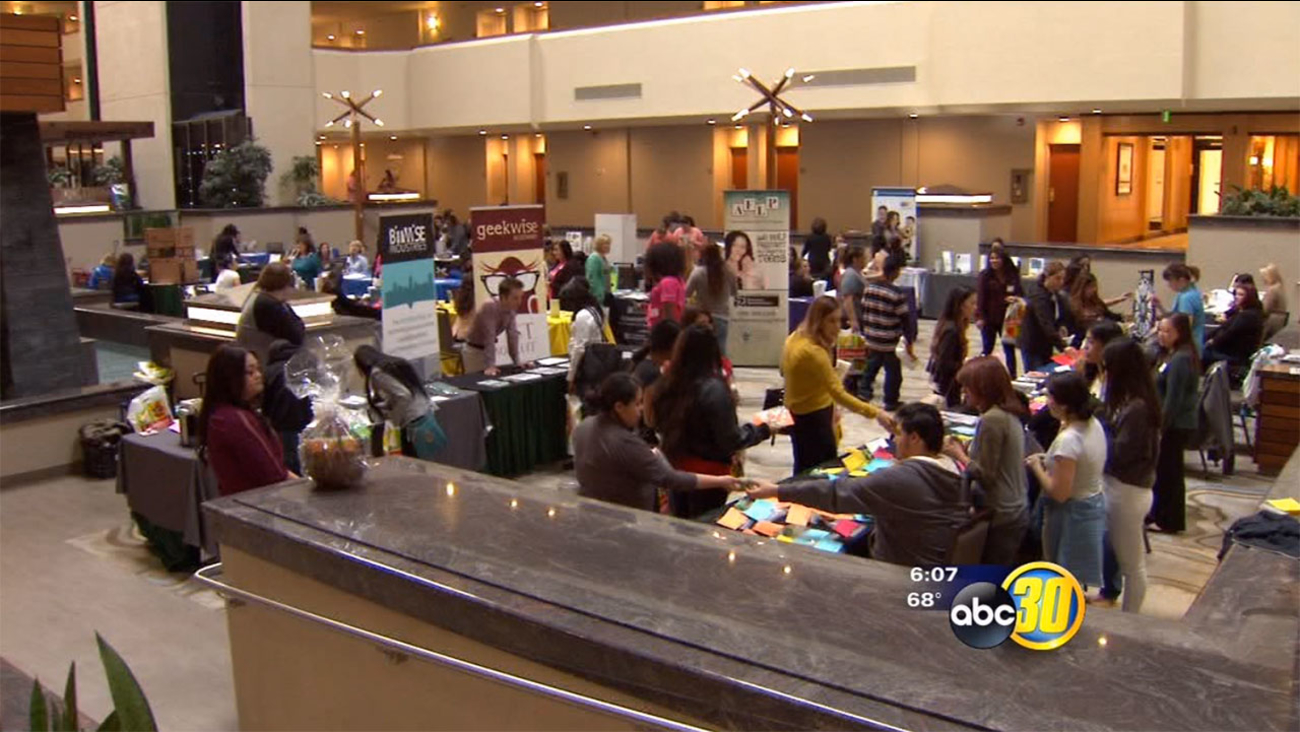 You may think you know their story through popular TV shows like Teen Mom, but the TV portrayal doesn't begin to scratch the surface. "Those shows actually do a disservice to a lot of our hardworking parents in this community," said Kayla Wilson, Fresno County Office of Education.

Pacheco, along with hundreds of teenage parents, spent Wednesday afternoon learning how to prepare for the future. The high school junior had her daughter when she was 14. "Well when my daughters sleeping I'm doing my homework all night long. Before she wakes up I'm doing my homework."

Gearing up to graduate early, Pacheco said she's starting City College in the fall to lead by example. "I know it's going to be a better life, and later, if my daughter says, 'I don't want to finish school' I'm going to say 'you better.'"

The event sponsored by the Fresno County Office of Education and First Five of Fresno County is the only one like it in the state. "No one is condoning teen pregnancy, but what we do realize is that they are parents and that is our future that they're raising," said Wilson.

More than 400 teen moms and dads got the opportunity to engage with each other while participating in workshops ranging from financial planning to parenting practices, and discipline. "We want them to know-- yes, being a teen parent is hard, but it doesn't mean you can't succeed, it doesn't mean that you can't be a phenomenal parent," said Wilson.

According to the CDC the birthrate for teens ages 15-19 dropped to 24 births per thousand in 2014. Though seemingly high, the number is a record low for US teens. Down 9-percent from 2013. "When we compare it to other countries we still are ahead of 7 countries combined, so we still have a lot of work to do," said Wilson.
Related topics:
family & parentingfresnoparentingteen pregnancyfresnoteenagers
Copyright © 2021 KFSN-TV. All Rights Reserved.
FRESNO