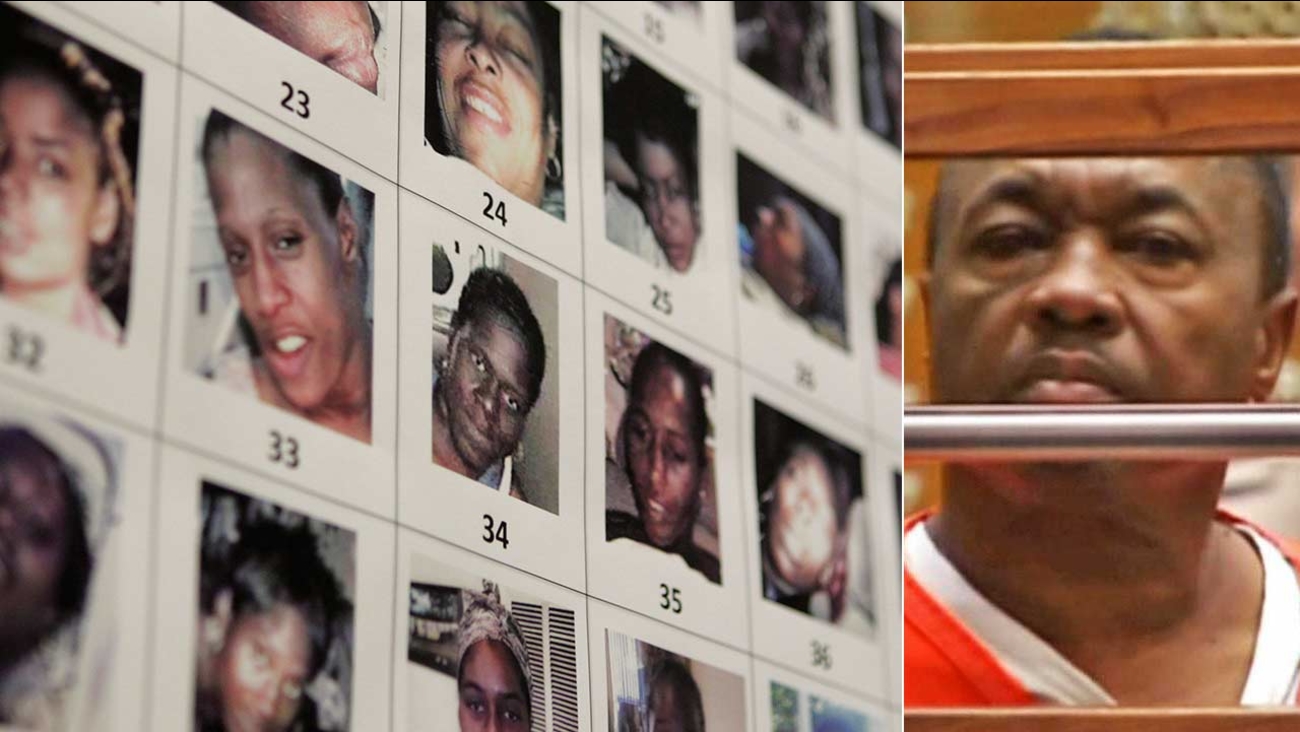 Lonnie Franklin, known as the 'Grim Sleeper' serial killer, is seen in court. Photos of victims of the convicted killer are seen on the left. (AP / KABC)

Lonnie Franklin Jr. was found guilty of all 10 slayings Thursday in Los Angeles County Superior Court after a two-month trial in the potential death penalty case. He showed no emotion as the verdicts were read.

He was also found guilty of one count of attempted murder.

The 10 victims, including a 15-year-old girl, were fatally shot or strangled and dumped in alleys. Some were prostitutes and most had traces of cocaine in their systems.

The killer was dubbed the "Grim Sleeper" because of an apparent 14-year gap after one woman survived an attack in 1988.

A defense lawyer claimed a "mystery man" was the killer, though the prosecutor said that theory was fabricated.