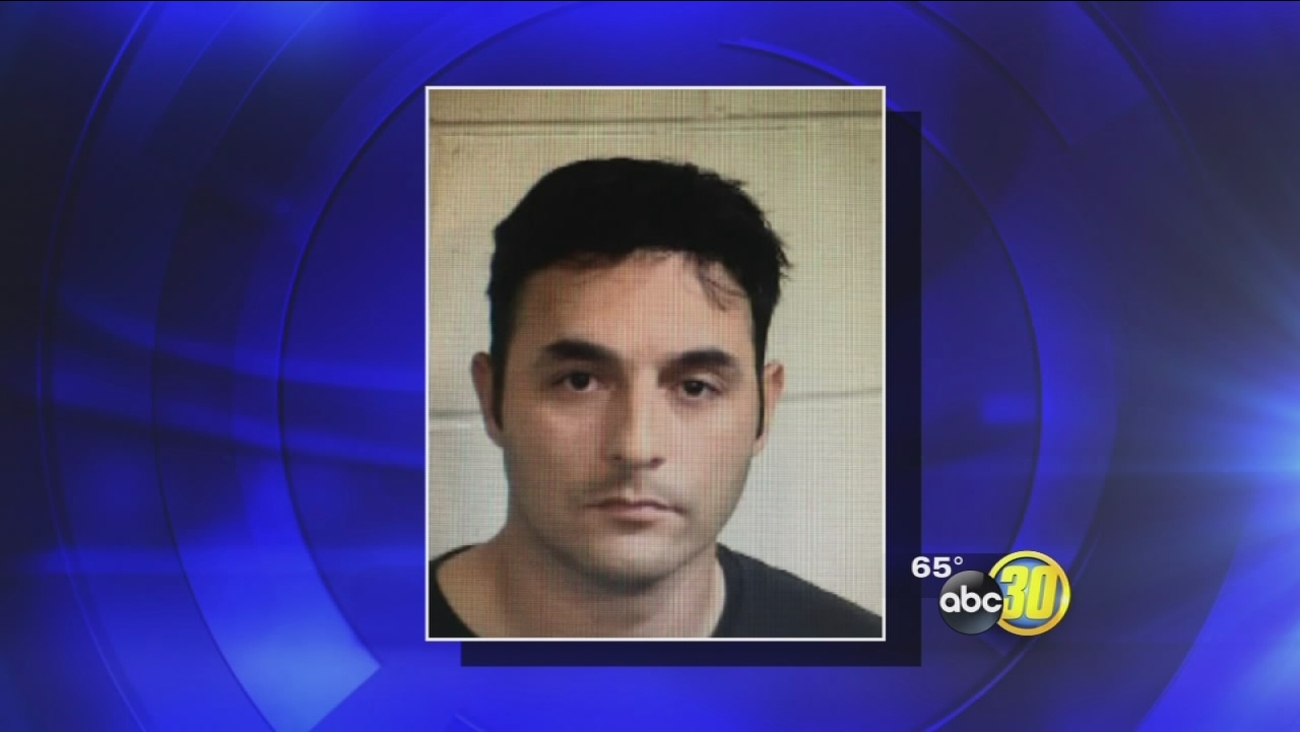 Parlier police confirm they arrested Parlier Unified employee Francisco Pena on Saturday on charges of having sex with a minor and two other felony sex crimes. (KFSN)

FRESNO, Calif. (KFSN) -- Parlier police confirm they arrested Parlier Unified employee Francisco Pena on Saturday on charges of having sex with a minor and two other felony sex crimes.

He has also been active as a coach at the Parlier Youth Center.

A Parlier student who knew the man is stunned by the news, as Pena remains in jail for those charges.

She also volunteered at Youth Centers of America - a place where Pena worked as an activities coordinator - planning things like art classes and youth sporting leagues throughout the year for kids in the community.

"He was friendly, artistic -- I know he would help with the art right now," Leija said. "He was doing a mural. He would help the community with basketball and they were getting better at basketball as well."

Leija says she got to know Pena while working the scoreboard for a couple basketball games he organized.

And she says the news of him being arrested for having sex with a minor and two other felony sex crimes is surprising.

"I was just shocked about it because never really expected it and he just didn't seem like that type of guy especially with the incident that happened a couple years ago," he said.

Two years ago, Parlier High's boys basketball coach was Anthony Lepore, who was also arrested on charges of sex with a minor.

Lepore pleaded not guilty to the charges and is expected to go on trial in July.

But the PUSD is facing a civil lawsuit from the family of the victim in that case.

Action News reached out to the district for comment about Pena's arrest and was told to refer to this statement sent out.

In it, the superintendent writes, "The district continues to cooperate with law enforcement's investigation," and noting that, "The arrest has greatly impacted us all and particularly one student and her family."

That student Leija says should be respected if or when she returns to school.

"I know a lot of students want to find out who the girl is but I mean it's not our business," she said. "They should let the police do what they have to do."
Related topics:
parlierfresno countysex crimes
Copyright © 2021 KFSN-TV. All Rights Reserved.
FRESNO COUNTY
Fresno County communities to honor legacy of legendary outlaw
Man dies in boating accident at Pine Flat Lake
Investigators: Creek Fire cause formally categorized as 'undetermined'
Map shows Central Valley's most dangerous zones for wildfires
TOP STORIES
Merced Co. doctor who contracted COVID stresses need for vaccination
Kings County COVID cases spike 84% in the last month
Hiker rescued from Angel Falls near Bass Lake for second day in a row
Early release of Yosemite Lakes Park arsonist sparks outrage
SoCal man, 34, who mocked vaccines dies of COVID-19
Kings County DA accused of sexually harassing employee
CA EDD to begin distributing benefits to claimants this week
Show More
Non-profits hit hard by thieves after catalytic converters
Corcoran Unified administrator accused of stealing school equipment
Fresno County communities to honor legacy of legendary outlaw
The Gilroy Garlic Festival is back as a drive-thru event
Sanger police get new cameras to help with fighting crime
More TOP STORIES News