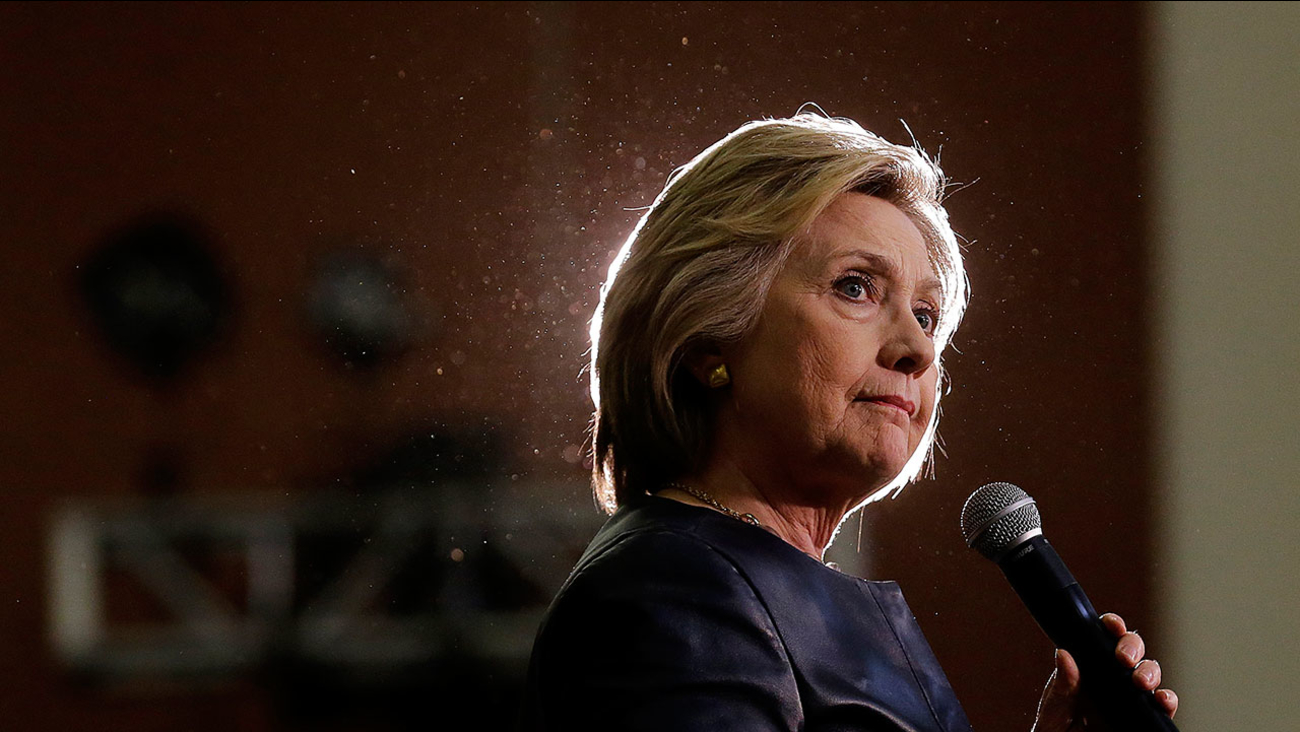 NEW JERSEY -- Hillary Clinton has won the Democratic presidential primary in New Jersey, further extending her lead against rival Bernie Sanders on one of the last days of voting.

The Associated Press declared Clinton the presumptive nominee on the eve of Tuesday's election in half a dozen states, but Sanders has vowed to fight on until all the superdelegates are allocated. Clinton leads Sanders both in pledged delegates and superdelegates.

However, according to an AP count, it is no longer possible for Sanders to reach the 2,383 needed to win the nomination based on the remaining available pledged delegates and uncommitted superdelegates.
Related topics:
politicsnew jersey2016 electionhillary clinton
Copyright © 2021 by The Associated Press. All Rights Reserved.
2016 ELECTION